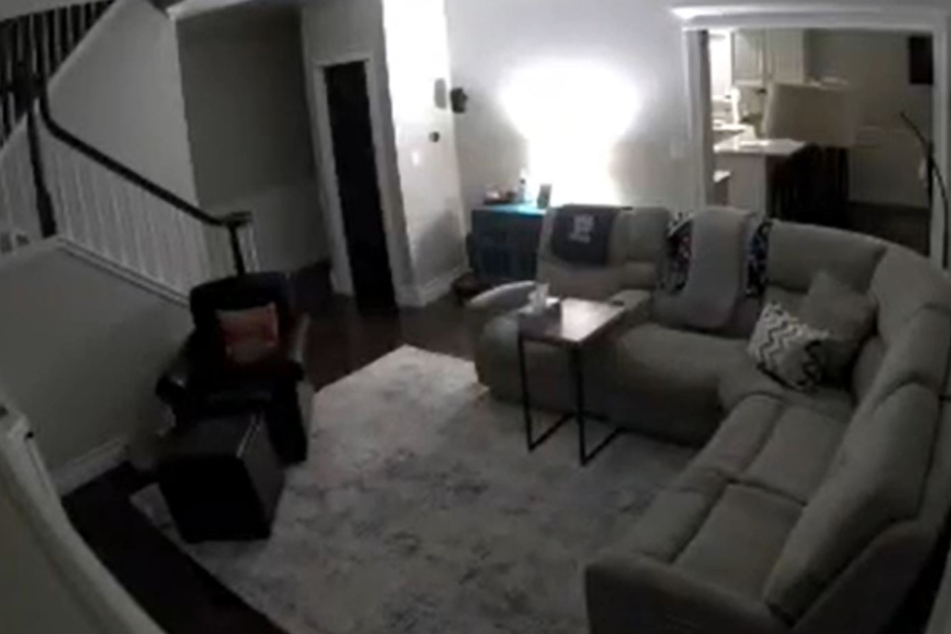 Did the spirit of this deceased man return days after his funeral?

Internet - Did the spirit of a deceased man return days after his funeral?

This is Reddit user hennnnygawd's question after he uploaded his "evidence" to the portal on Wednesday.

Explaining the mysterious home surveillance footage, the nephew of the deceased wrote: "My uncle passed away from stage 4 cancer just over a week ago. My aunt has been staying with her parents, but caught this a few days after his funeral. The light that turns on is right above where my uncle would relax and would always want that light on for his comfort."

In the 23-second clip, a lamp behind the living room couch the suddenly switches on, seemingly on its own.

Not all viewers were convinced by the paranormal explanation, very much doubting that any ghostly spirits were involved. As the British Daily Star reports, many pointed out that the light could have simply been on a timer or that it turned on due to a simple technical defect.

Nephew is convinced of his theory

However, the original poster was not deterred and continued to defend his belief.

In a comment, he provided some more context information: "The light that’s on behind the couch is on a timer, but not this floor lamp. The only way to turn it on is by pushing the tile switch on the floor."

He also emphatically insisted that the recently departed had dropped some revealing hints in the past: "He battled stage 4 cancer for almost 2 years and passed away surrounded by loved ones in the same room this video was taken. He told us he would always find his way back".

Clearly, hennnnygawd is still convinced that his uncle's spirit really did manage to return to his favorite spot on the coach.

Some viewers shared similar experiences when lights went on and off shortly after the death of a loved one.

Technical glitch or message from beyond? The truth is anyone's guess.