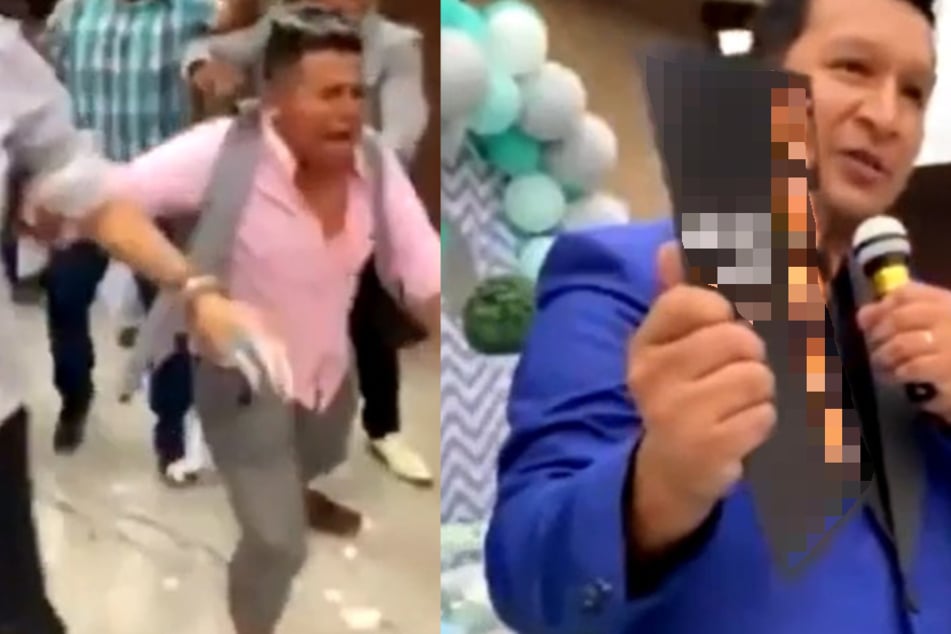 Baby shower turns into incredible drama as the father-to-be has some big news
Nov 5, 2020 4:36 PM

In an incident worthy of any episode of the Maury Povich Show, a man had a very special revelation for his pregnant partner in the middle of a baby shower.

Bolivia - In an incident worthy of any episode of the Maury Povich Show, a baby shower in Bolivia took a very unexpected twist when the father-to-be got up to give a speech.

The video the dramatic event is causing quite a stir on the internet . It has 85,000 upvotes on Reddit and an incredible 7.2 million views on Twitter.

It all starts harmlessly at first. All the guests are well-dressed seated at their tables, as the father-to-be stands up to make a special announcement.

His heavily pregnant partner looks happy and excited. But then the plot thickens: he proceed to introduce the man sitting next to him, a lawyer with a big black briefcase.

The speaker takes out a folder and makes the big reveal. According to the pregnancy tests that he ordered, the couple are expecting a boy... but more importantly, the woman is not four months pregnant as she has been claiming. She is six months pregnant!

The mood at the baby shower abruptly changes as everyone's smiles disappear.

Some users doubt the validity of the video

At this point, the woman's scandalized father demands an explanation for all this.

But the drama is far from over. The lawyer also has a laptop with him with a video ready to play.

All the guests get to see footage that shows canoodling with another man – who also happens to be present at the party!

After that, a wild scuffle breaks out and the guilty man has to be shielded from the fury of other guests. He does get a cake dumped on his head though, just to add some cartoon flavor to the soap opera.

Did this really happen or is it just staged? This is what lots of users on Reddit are asking.

Some just appreciated the plot, without worrying too much about anything else: "Holy s*** that was incredible. Dude's presentation, the build up of suspense. I don't even speak that language but you know just what he's saying by everyone's reactions. The lover in the background sweating bullets. The surprise cake to the head as it all boils over."

Others are pretty convinced that it is a fake. One user wrote: "Yea I figured it’s fake, at 1:49 you can see the lady smile when she turns back and the lady speaking looks as if she’s holding back laughter." Another criticized the acting in the video, complaining that they had seen better performances in adult movies.

Others were surprised that nobody tried to stop the person filming the scene from recording the embarrassing situation. But whether real or fake, no one can argue with the entertainment value!