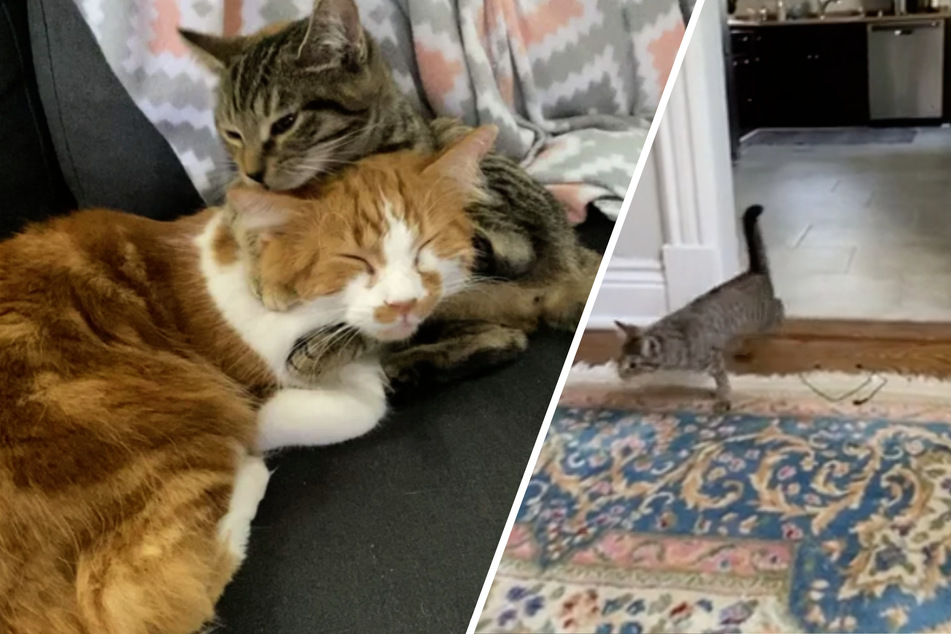 Despite suffering from a neurological condition, Tipsy is a happy cat who has learned how to get along!

Internet - When it comes to food, nothing can stand in the way of kitten Tipsy – not even her neurological condition.

The tiny kitty cat suffers from cerebellar hypoplasia. This means the part of her brain responsible for coordination, spatial awareness, and fine motor skills is not properly developed.

As a result, the little fur ball has problems running, jumping, and keeping her balance, as Tipsy's owner, Reddit user TipsyLover17, explained in a post.

Fortunately, it doesn't cause the cat any pain.

In order to strengthen her muscles, Tipsy's owners try to train the kitten as much as possible in everyday situations.

On Friday, they shared a video on Reddit. It shows Tipsy having to literally fight her way to her meal.

In a second clip, she and her feline sibling Polly are sitting in the kitchen, eagerly waiting to be allowed to eat. But instead of placing the food in front of the cats, the owner puts the bowls in a different room.

This is no problem for Polly! She immediately jumps up and runs through the living room. For Tipsy on the other hand, this is hard work.

But she is no less hungry than her sister, and so she knows she has to persevere. Her efforts show just how difficult basic movements are made by cerebellar hypoplasia.

The little kitten makes big jumps, wiggles back and forth and stumbles over her own paws again and again. Towards the end of the video, she even falls to the ground.

But that doesn't bother the little fighter. Straight away, she gets up and keeps stomping towards her food.

The internet is totally obsessed with her! The post already has over 10,000 upvotes and the comments are filled with lots of love.

TipsyLover17 regularly posts funny pictures and videos of the brave kitten, showing fans how she plays, takes baths, and cuddles with Polly.