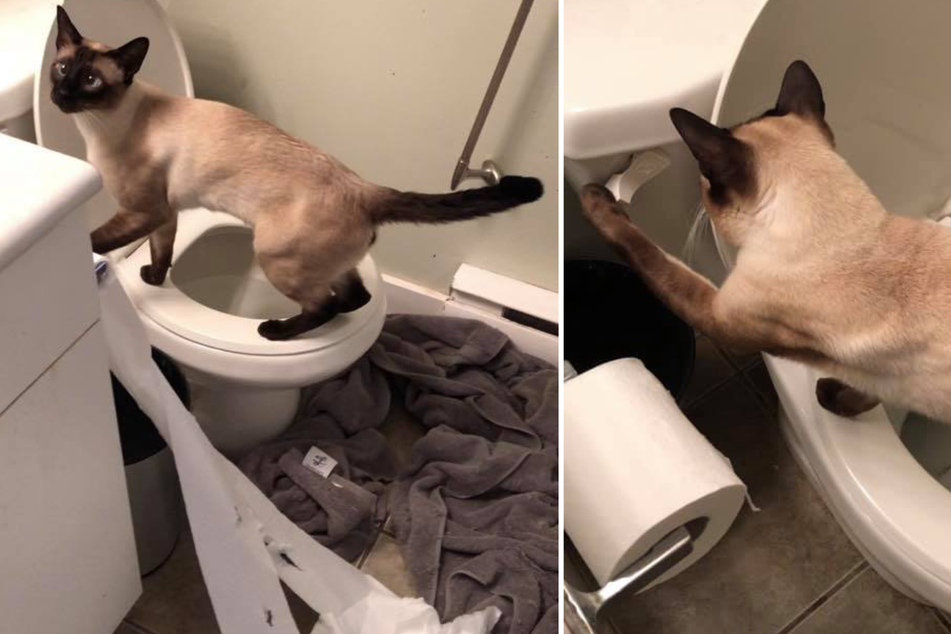 Some cats love to wrestle, some enjoy eating, and some just want to sleep in peace – but this one really loves to use the toilet.

Internet - Some cats love to wrestle, some enjoy eating, and some just want to sleep in peace – but this one really loves to use the toilet.

For the longest time, Sabrina Louise was confused. She kept hearing the toilet flush, but could never figure out who was actually using it.

At first, she assumed it was a potential problem with the plumbing.

But when she had it checked out, they couldn't find anything wrong. Could she possibly have a bathroom ghost in her house?

Well, not that – but she did have a cat named Kai, and he seemed to have found a weird new obsession.

"He's been fascinated with toilet flushing since he was a kitten," Louise told The Dodo. But his owner was shocked when she walked into the bathroom to see him sitting on the seat, flushing.

She couldn't believe her eyes. The secret was finally out.

On Facebook, Louise regularly shares funny photos and videos of her beloved pet

However, when Louise then tried to stop Kai from hitting the lever over and over again, he wouldn't listen.

"I tried putting the lid down, but he still flushed. I tried shutting the door, but he screams." There's simply no stopping him.

By now his obsession with the swirling water has become so problematic that Louise now has to turn off the water before going to bed since he started flushing continuously throughout the night.

This may give her some peaceful nights, but Kai certainly isn't happy about it!