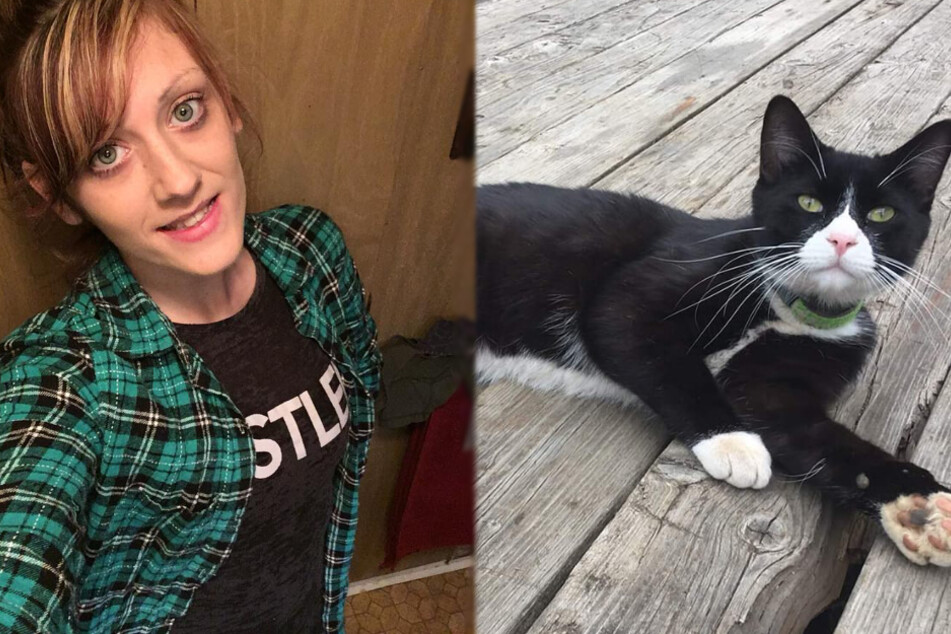 Family finds their missing cat thanks to a Facebook post. The cat was states away from home!

Centralia, Washington - The mysterious case of this footloose pet is still baffling for his owners,

As the Daily Star reported, the black-and-white cat named Panda disappeared on October 8 from his home in Centralia, Washington. At first his owners didn't worry because the cat likes to wander around their 40-acre property.

But the cat didn't come home. After a few days, Panda's owners got worried and began searching their property and surrounding area for the missing cat. Panda was nowhere to be found.

Desperate to find their beloved pet, they got friends and relatives involved. Christina Clevenger told Today exactly what happened: "We had about a dozen people helping us look for some sort of sign or clue, like if he ended up getting caught by a coyote."

Christina said that she also posted pictures of her lost cat on social media. When no one reported seeing anything, the Clevengers started to think their cat was gone.

Then almost two weeks later, Christina Clevenger's husband's aunt saw a picture of Panda on social media. The cat had been found! He was about 2,500 miles away in Kenai, Alaska.

The cat in the picture was indeed Panda, and Christina was beside herself. She couldn't help but cry.

A closer look at the Facebook post revealed that the cat had been found at a Home Depot in Alaska. Christina doesn't think that the feline walked the 2,500 miles in just a few weeks. She thinks that the cat must have gotten into a truck or boat and made his way north as a stowaway.

The Facebook group that posted the photo is an animal rescue organization called United Angels. They were already working to bring Panda home when Christina contacted them.

The Clevengers and United Angels collected money to pay for the cat's journey home and a veterinary check up. The cat had to go on two flights to make his way back to Washington!

Now Panda is home, but he won't be wandering around the family's property any time soon. Christina told Today, "I learned my lesson the hard way ... He got grounded permanently. We gave him more toys to play with; he gets more treats. He's more spoiled than he ever was."