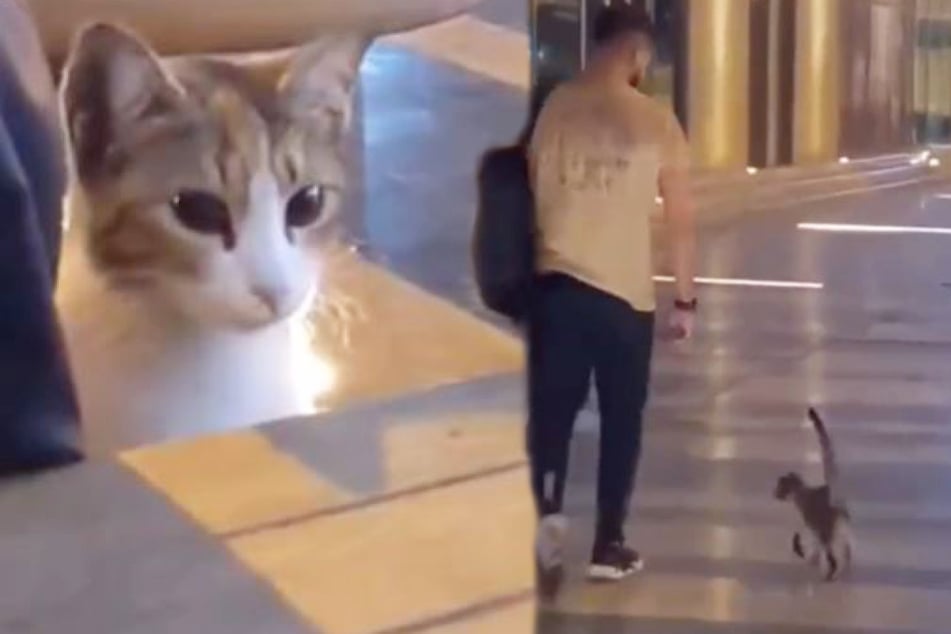 Stray cat follows man to his car and finds her forever home!

Little stray cat Sophie was done living on the streets and decided she needed a home as soon as possible – and she already knew where to go.

State of Kuwait - This little stray cat was done living on the streets and decided she needed a home as soon as possible.

Most of the time, Sophie and her kitten sister spent their days in a little café in Kuwait, napping in its cozy chairs.

That's where they eventually got to met Basil Akwan and his girlfriend, two regular customers of the shop who quickly fell in love with the animals.

Every day, they would bring them little treats and shower them in affection.

The cats were over the moon and especially Sophie became particularly attached to Akwan. And so, one day she started following him to his car and jumped in as soon as he opened the door.

Akwan, who had a soft sport for the kitten already, just couldn't bring himself to leave her behind. Instead, he took her with him and had her checked out by a vet.

After all, he knew right away that Sophie would be staying with him for the rest of her life.

Last week, Basil Akwan decided to share their touching story in a short clip on TikTok that immediately went viral.

The video already has over two million views and almost 300,000 users liked it.

"This is the best kind of love story", one of them wrote and another joked, "She adopted you! Congrats."

In an interview with The Dodo, Akwan also revealed that his girlfriend decided to adopt Sophie's little sister.

"It's such a rewarding relationship. Having such an unconditional love is priceless, and knowing that I am going back every day to this little fluff makes my days better," Akwan said.