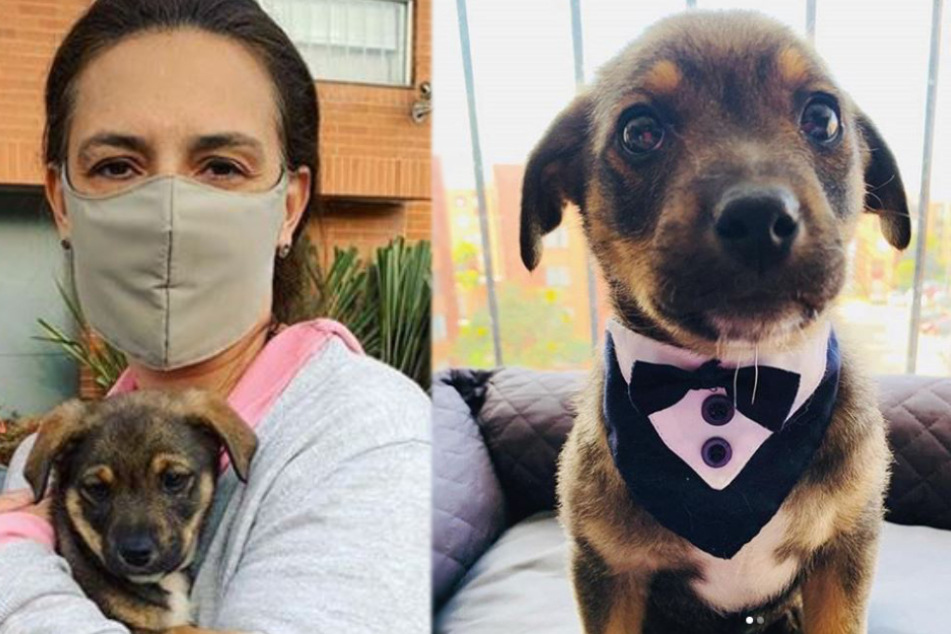 All dressed up and no place to go: puppy in tux stood up by new owner

The puppy looked heartbroken after the person who was supposed to adopt him suddenly pulled out.

Bogotá, Colombia - Wearing his best outfit, little Vicente was excited to meet his new owner. But then the bad news came in. The person had cancelled the adoption at the last minute, so he was left high and dry and looking heartbroken.

The adorable puppy waited in vain at the Colombian animal shelter Fundación Rescátame. His new owner simply didn't show up.

He had to be taken back to his kennel, according to the Daily Star, and the staff of the shelter was as devastated as poor Vicente looked.

They shared pictures of the sad puppy on their Instagram page and explained what had happened: "The person supposed to adopt Vicente never came for him. When he was all showered and ready for a home, the person cancelled his adoption."

The post spread quickly: it gathered 48,000 likes and thousands of comments within the first day.

But people were not only touched by the story, they also wanted to help. And fortunately it worked: only hours after the initial post, a suitable family for little Vincente was found.

The shelter updated its followers on Instagram with a photo of the dog and his new owners.

The team was more than happy to deliver the good news: "Thank you, everyone, for your interest, we never thought his story would get so far. We want to tell you Vicente has already been adopted by a beautiful family."

He didn't need the tux to impress his new friends, who more than made up for the earlier disappointment .