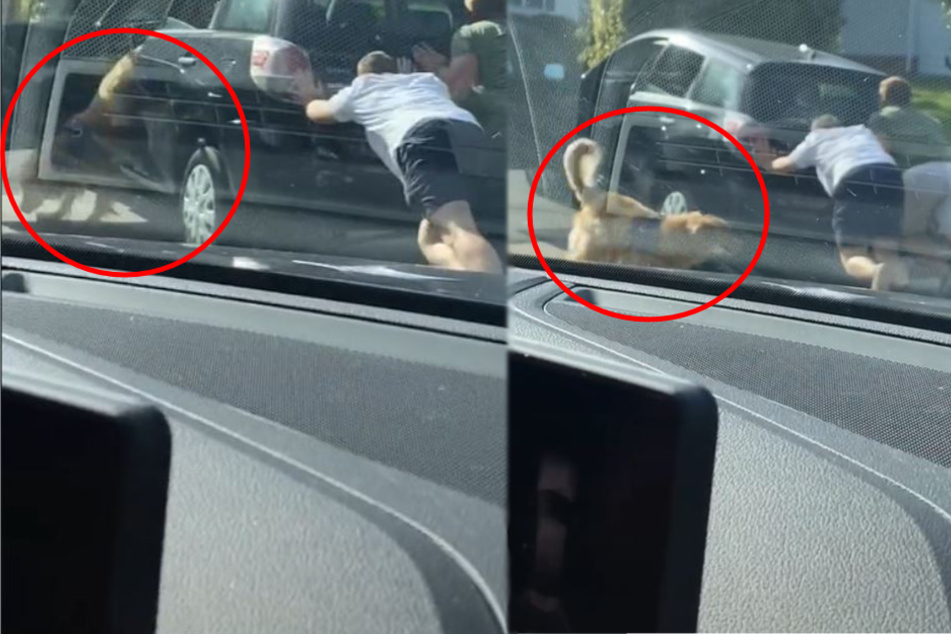 In a TikTok clip that drew millions of clicks, a dog jumped in to give its owner a helping paw.

Internet - Golden retrievers will try to fetch anything – even if it's a car rolling down a driveway!

The pooch is initially in a Toyota that is being pushed uphill by two men, who are clearly struggling with the job.

Sensing his help was needed, the golden retriever jumps into action. It quickly hops out of the car and joins in the effort. Standing up on its hind-legs, the faithful canine really seems to put its back into it. Kayla is recording from a different vehicle and her fear that the dog might get hurt quickly turns to laughter at what she's witnessing.

In the end, even this furry superhero can't fight physics, and it quickly gives up. But it's always the thought that counts. As Kayla put it in her caption, "My dog is such a fool - at least he tried to help."

There was quite a bit of danger involved in the daring attempt – the dog was dragging its leash around and it could have gotten snagged under one of the wheels.

But everything turned out all right. Everyone involved was safe and sound. Even the car was parked in its proper place on the driveway.

Users celebrated the considerate golden retriever in the comments:

Even if the pooch wasn't successful in pushing the Toyota, he certainly delivered a huge internet hit.