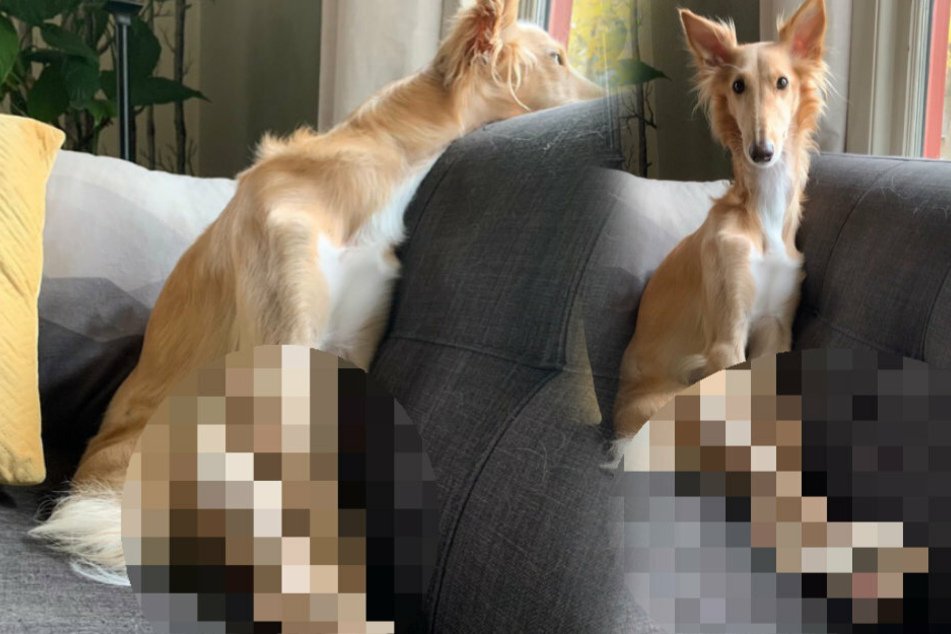 Internet - Cleo the dog has sparked an internet sensation because of her unique sitting position.

People with long legs may sometimes find it more difficult to get comfortable on the sofa. But it turns out that finding the right position to relax can be a challenge for both humans and animals!

On the Twitter account WeRateDogs, Cleo is a real eye-catcher due to her striking appearance. But that's not all that makes this dog special! The pooch also seems not to know where to put her long legs when she sits down.

Cleo's solution: rest your head on the back of the sofa and elegantly stretch your paws away from you!

The somewhat astonished look on her face completes the picture. The adorable snapshots went viral soon after they were shared.

More than 200,000 people liked the photos. "She gets made fun of for the way she sits," wrote the post's creator, "don't listen to them Cleo you're perfect."

Many also replied with pictures of their own pets in strange sitting postures. "You're not alone, Cleo!" they wrote with a wink.

Users respond with pictures of their own sitting dogs

One little puppy in particular got a lot of love in the replies. YouTuber and chef Dominic DeAngelis posted a photo of his adorable baby dog, Martini, sitting cross-pawed in his lap.