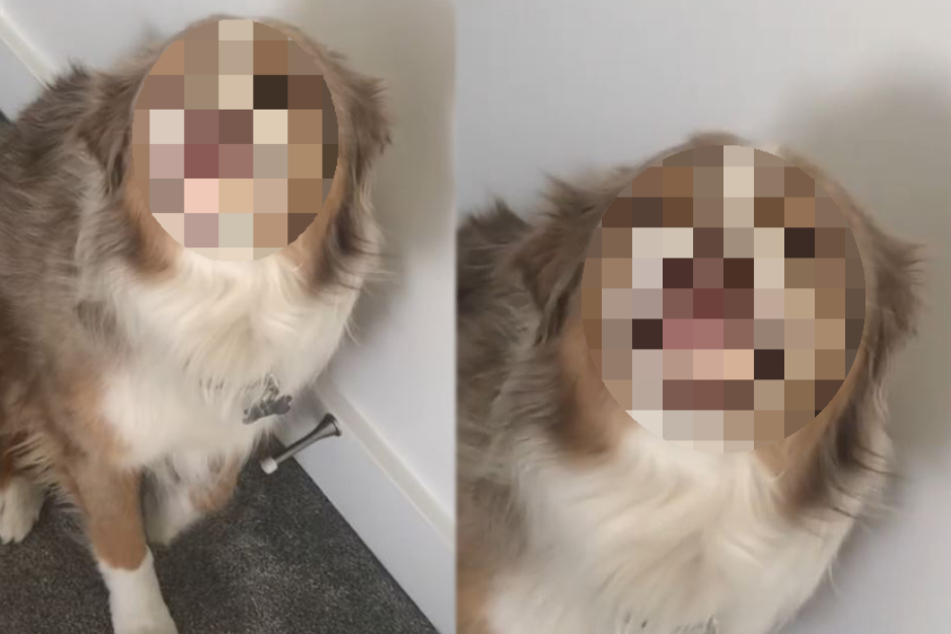 A dog tries to get out of trouble by grinning at his owner. His smile is very disarming.

Logan, Utah - When Kellie Rossi Larsen called out her dog for having an accident in the house, the sneaky pooch tried to get out of trouble with one heck of a smile.

Nova is a dog with a dazzling smile. He lives with two other dogs and his owner in Logan, Utah. When Larsen recently confronted Nova with making a mess in the house, the dog pulled back his lips and grinned widely. It's a smile that falls somewhere between creepy and hilarious.

The video that Larsen posted on her Instagram account last week shows the dog going on the charm offensive after being told off for leaving having an accident on the carpet.

In the video, Larsen asks, "What is this? What is this? Was this you? Did you... did you poop in the house? Nova!" But he just keeps showing off his pearly whites.

It seems like the four-legged friend actually found the situation pretty uncomfortable, because Nova is also shaking a bit, the very definition of a guilty smile.

The video portal ViralHog contacted Larsen to learn more about the story.

The recording is from September 15 and Larsen explained the context: "We recently moved to a new house and one of our three dogs, Nova, had a little accident in the house because everything is new and confusing, and when Nova thinks he's in trouble, he puts on that fake smile."

Larsen says she thinks her pet was grinning to get out of trouble, but Nova could also have been baring his teeth at his master's scolding.

The YouTube video has been watched over 10,000 times and most of the comments agree with Larsen's more innocent interpretation.