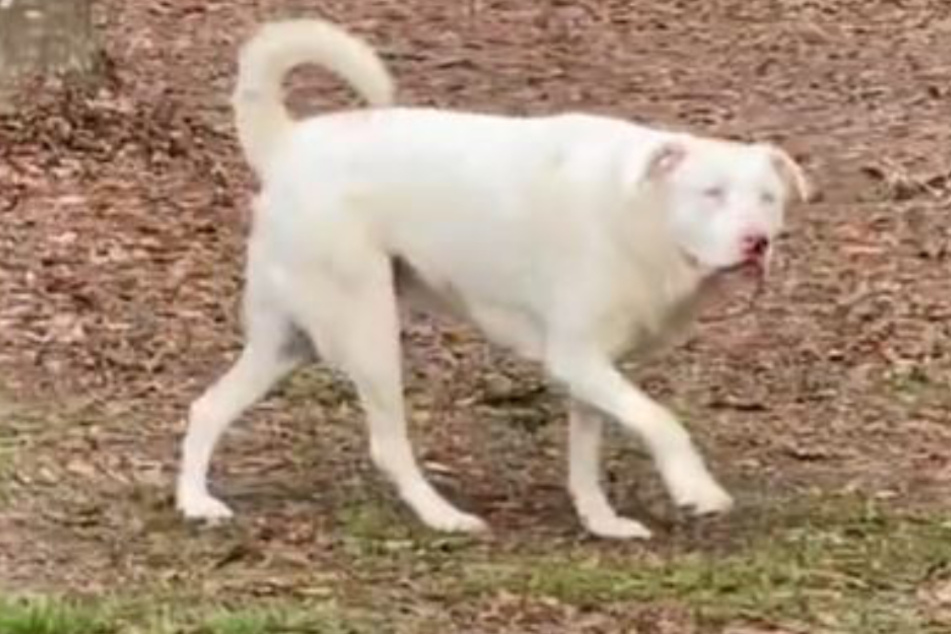 Follow your nose: blind dog catches her owner's scent and jumps for joy!

Thanks to her sense of smell, Lyla can find her way to her master.

USA - This poor pooch is not only blind, but also deaf. Yet she can still always find her owner using a different sense.

As the Daily Star reported, Lyla uses her smell to sniff out where her owner is.

In the video, the dog ambles around before suddenly catches a whiff of Mark and starts jumping and prancing for joy. Lyla then makes her way to her master by following her nose. Once she gets close she keeps, sniffing until she gets to his hands and is rewarded with some cuddles.

Reed's video struck a chord with viewers and around 550,000 watched the video within a week. On TikTok, some 145,000 people liked it and more than 1,100 people commented on the clip.

Tiktok users are very impressed by Lyla's ability to find her owner by scent.

"That is the cutest thing I have ever seen," wrote one enthusiastic dog lover.

Another person gushed about the video and said: "This is why I love dogs, they're happy no matter what happens to them..."

One user just couldn't get enough of Lyla's "happiest wiggles" and many agreed with a comment that said: "We really don't deserve dogs."

Some of the replies were in German, Chinese, and Japanese, proving that Lyla is making people smile all over the world!