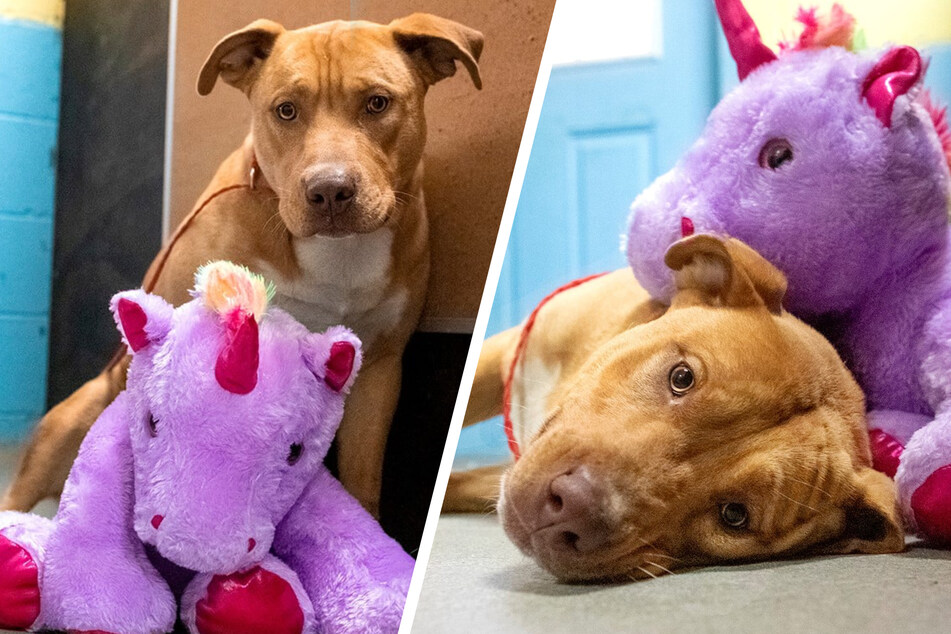 The second the little stray dog Sisu spotted this fluffy unicorn in a Dollar General in North Carolina, he knew he wanted it – no matter the cost!

Kenansville, North Carolina - The second the stray dog spotted this fluffy unicorn, he knew he wanted it – no matter the cost!

And so, at the end of March, the pooch called Sisu broke into a Dollar General in North Carolina – not once, not twice, but five times, all to grab himself that colorful toy.

Unfortunately, the little thief was caught over and over again. Every time the toy was taken away from him and he himself was shown the door.

But despite the setbacks, giving up was not a choice for the persevering pup.

And so he continued trying, until eventually the store owner got fed up and called animal services.

"We got a call from our communications center that [Sisu] was at a Dollar General going in and taking a unicorn, and he'd done this five times," Duplin County Animal Services supervisor Joe Newburn told The Dodo.

When one of their officers arrived there shortly after and found out how badly the dog wanted the unicorn, she bought it for him.

On Facebook, the shelter shared pictures of the delightful duo

The little stray could hardly believe his luck and hasn't left his new best friend's side since.

"He's always with that thing," Newburn smiled. "The only time he doesn't mess with it is when it gets dirty. But once you wash it and clean it up, it's back to being his buddy again."

Currently, Sisu is still working on his aggression issues towards other male dogs. But once he gets a handle on those, he'll finally be off to find a loving family.

Whoever takes Sisu home, however, must also make space for his cuddly companion!