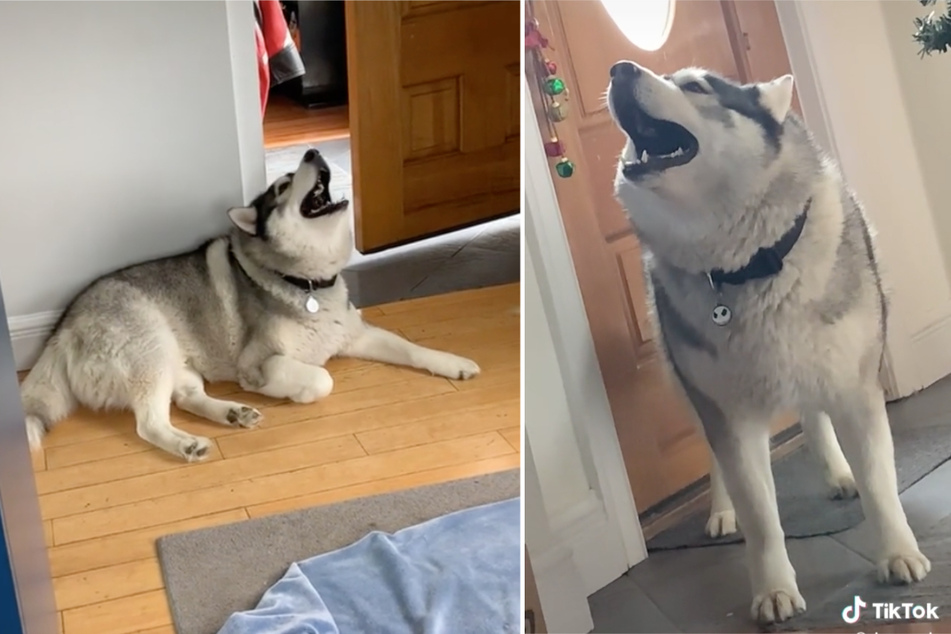 Millions of TikTok users can't get enough of this howling husky

This dog's howl sounds like a fire alarm and millions love his voice.

Internet - Is it a fire alarm or a tornado warning? No, it's just a husky howling his heart out and getting millions of likes on TikTok in the process!

Everyone knows the old saying "barking dogs don't bite" but what about a dog that screams?

TikTok user viceugenio has a husky that does exactly that. The most recent clip of the dramatic animal already has 9.1 million views and more 38,000 comments.

In the clip, the dog stands by the door and makes insane noises for almost 30 seconds straight. It isn't clear why he's so upset.

But his owner offered a possible explanation for the ear-splitting shrieks in her post. Apparently, the dog wanted the front door opened so that he could "see when dad gets home." Since he can't exactly open it himself, the pouting pooch will make his demands loud and clear and until they are satisfied.

Check out the hilarious video on TikTok for yourself – but make sure you don't have the volume turned all the way up first!

Whining Husky gets millions of views

The clip also got a lot of funny replies. One user wrote, "Sounds like a broken alarm lol."

Another thought the whole scene was typical for the breed: "I have literally never seen a husky on this app that wasn't going through an emotional crisis." A third user wanted to join in the fun, "I want one so i can scream back."

There are ten more videos of the screaming husky on the viceugenio's TikTok account.

The dog's extreme vocal performances have gone viral a couple of times before. His most successful clip from May has 42.4 million views and 8.6 million likes.

And his unique voice is promoted and shared by other users on TikTok and Instagram.

There's plenty of competition in the race to be the top husky on social media: Hong Kong has its very own furry star with an international appeal.