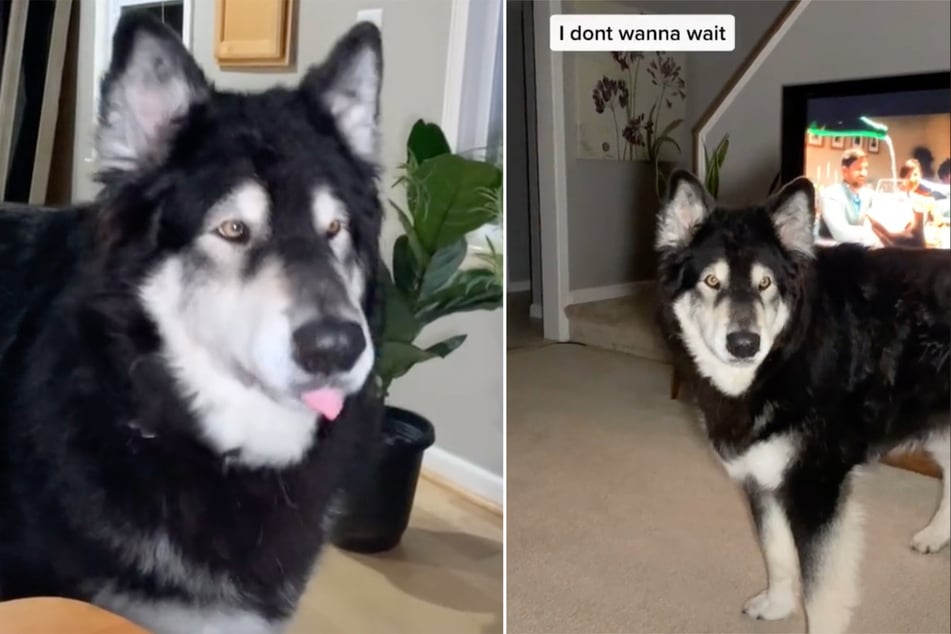 Owner talks to her dog and his answers are clear as day!

A viral video of a talking dog is causing excitement and confusion among millions of TikTok users.

Detroit, Michigan - Can this dog communicate with humans? A viral video is causing excitement and confusion among millions of TikTok users.

Lots of pets understand when their owner talks to them or gives them commands. But few, if any, can answer their owner, much less have an entire discussion in human language.

But an Alaskan Malamute named Diesel seems to have mastered exactly that. At least, that's what it looks like in a video posted on his TikTok channel krispyk9.execs.

In the clip, the four-legged friend spots a box full of toys. He immediately starts sniffing them, but his owner tells him he's not allowed to open them yet. Diesel looks dejected and starts a discussion!

With a short growl, he says, "Now." Of course, he doesn't actually say those words, but the sounds coming out of his mouth really seem to express exactly that. It helps that the TikTok video uses subtitles for the dog's "words," making it easy to believe the dog actually speaks our language.

The dog and his owner engage in a sort of dialogue. The owner asserts, "You can't have it today." And the dog counters, "But I want to." "We can open it tomorrow," the owner says. "Why tomorrow?" the dog inquires.

Check out the funny exchanges between the dog and his owner to see for yourself how they communicate.

Talking dog gets millions of likes on TikTok

On TikTok, the video has eight million views and more than 2.1 million likes. It's been online for ten days.

TikTok users can't get over how understandable the dog's noises are.

For example, one user writes, "Dude some words I swear you can hear him talking." Another claims, "We don't neeee captions to hear what he's saying."

There are more clips of the talking animal on his TikTok channel. You should hear him ask his owner to take him on a walk!