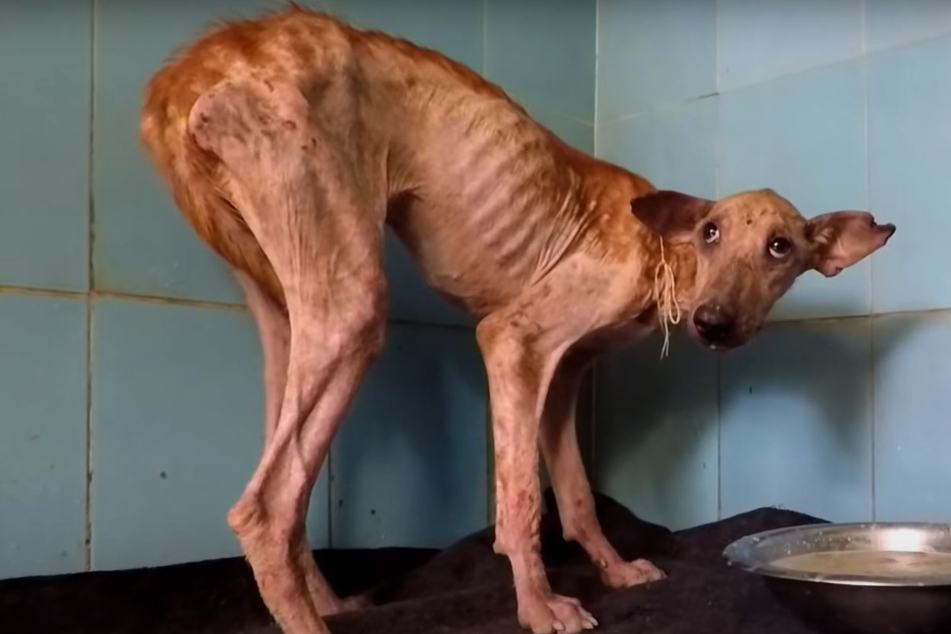 Starving and anxious dog finds new will to live

Famished and full of panic, this poor dog was roaming the streets of Rajasthan, India.

She was alone and scared when animal welfare activists at Animal Aid Unlimited took notice of her and immediately decided to help.

Rescuing the pup turned out to be much more of a challenge than initially expected. Whatever happened to the dog before had left her completely traumatized.

While the dog did accept a few biscuits from the team, she immediately ran away after they tried to get any closer to her. It took them quite some time to be able to catch her with a net.

The team then took the dog, whom they named Mousey, to the vet, where she was treated for her mange.

Afterwards, the welfare activists offered Mousey some food, but the emaciated animal refused to eat – she was still far too afraid.

Only when the keepers withdrew did Mousey have the courage to take a few bites.

With patience and good care, Mousey was able to recover!

Commenting on the piece, the animal rights activists wrote that the dog's "biggest hurt seemed to come from her fear. Fear of being touched. Fear of being fed. Fear, it seemed, of love itself."

It took days before Mousey would let anyone come near her.

Eventually, after weeks of running away and hiding in corners, a small miracle occurred! Mousey's fur started to regrow. She gained some weight and was finally able to trust again.

Animal Aid Unlimited has been able to nurse Mousey back to health. She is now the biggest fan of cuddles and petting!