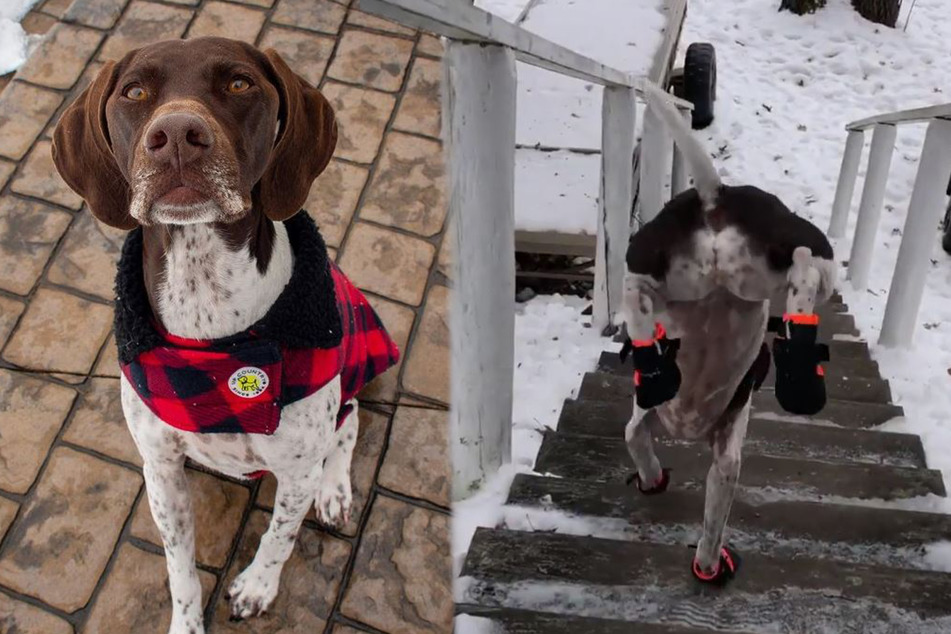 This dog loves taking the stairs two paws at a time

This dog has a very special talent. Luckily, her owner captured it on video.

Chicago, Illinois- This dog has a very unusual way of getting down the stairs: he only needs his front paws.

The clip went viral on Instagram at the end of January. It shows a dog named Maddi descending a flight of stairs in her very own special way.

The Daily Mail reported that Maddi has four fully functioning legs, but she prefers to balance on two or three paws instead of all four.

Kelly said the dog started walking on two legs when she was about a year old. Maddi is a German shorthaired pointer, and she lives with her younger sister at Kelly's house.

Maddi is currently four years old and the clear pack leader. Her sister, Sophie, doesn't run around on two legs. She prefers to watch Maddi's balancing acts with fascination.

The two four-legged friends have a joint Instagram page with 27,000 followers.

The video of Maddi going down the stairs has certainly contributed to their popularity.

The clip has more than 76,000 clicks, and the video has been circulated all across the internet.

People can't seem to get enough of this dog's special talent!