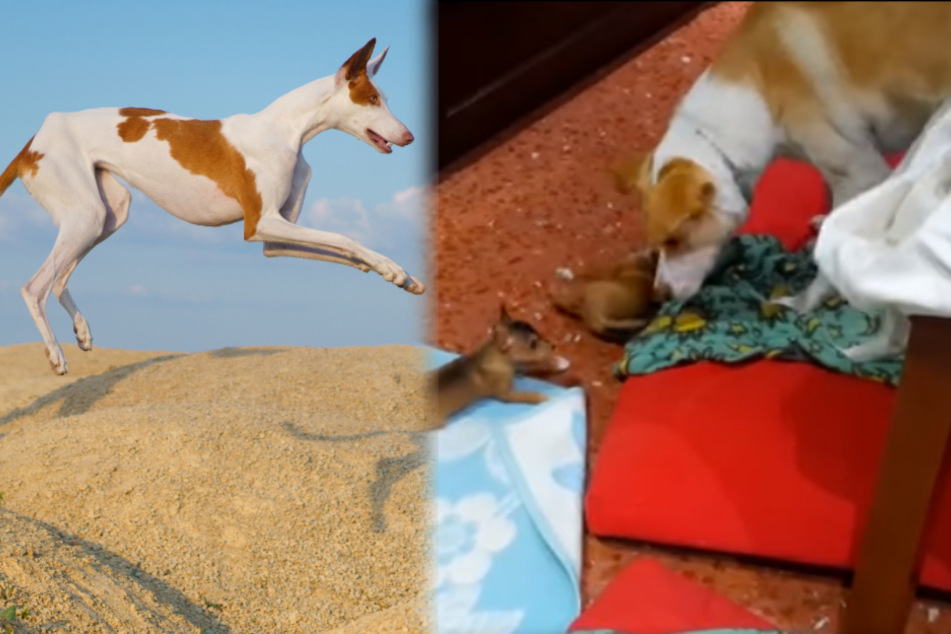 This dog's heartwarming care for her puppies inspires the internet
Jan 5, 2021 5:32 PM

This dog's heartwarming care for her puppies inspires the internet

This dog mother would have done anything for her babies.

Jaén, Spain - To this day, this dog's rescuers are amazed by her caring attitude!

It was just before Christmas when a couple of students encountered an emaciated Ibizan hound on the University of Jaén campus in southern Spain.

The poor pooch was desperately begging for food. As the people kept walking past her, she couldn't and wouldn't give up.

Her commitment paid off! Some of the students soon started following her to a quiet corner of the campus and almost burst into tears as they saw where the dog had led them: a secret place where she hid her newborn puppies.

The students gave food to the little family and were left speechless as they experienced the mother's selflessness: she did not even think of eating anything herself – instead, she gave everything to her pups.

It didn't take long for veterinarians to rush to the rescue and bring the entire family of dogs into safety.

To this day, the veterinarians as well as the volunteer rescuers are deeply impressed by the dog's behavior, who now goes by the name of Jimena. If she had not begged so persistently, she and her puppies might not have survived.

It's unclear how Jimena got into this unfortunate situation. It is believed that she might have been abandoned shortly before Christmas because her owners did not want to take care of the new puppies.