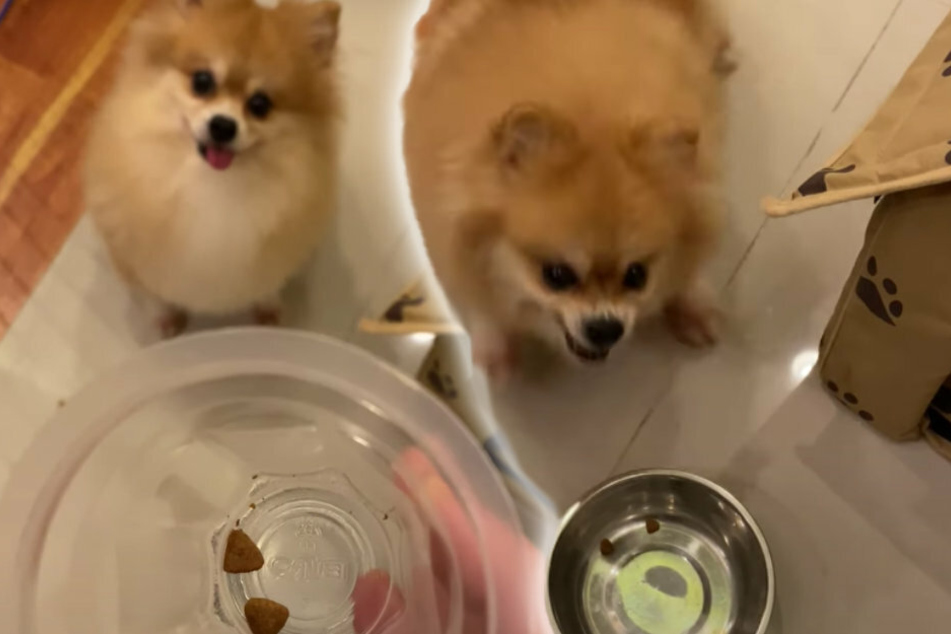 A woman from Thailand put her fluffy dog on a diet and its hangry reaction immediately went viral.

Bangkok, Thailand - Don't make it hangry. You won't like it when it's hangry! A woman from Thailand apparently thought her Pomeranian was too pudgy, so she put her fluffy pet on a diet. The video of her dog's furious reaction immediately went viral.

Diet-sized portions make lots of people upset, but apparently they don't only make humans grumpy. A new viral video on YouTube proves that Pomeranians would rather not diet.

The video starts with a shot of container full of dog food.  We see a woman scoop some food into a small plastic cup.

Then the woman proceeds to dump all but two kernels of food back into the container. She takes the cup with the meager meal to her dog, who is patiently sitting in front of its food bowl with its tongue out.

As soon as the lonely kibbles hit the bowl the dog looks down. It stares at the bowl for a good second. It's as if the dog is in total shocked disbelief.

When it finally looks up, the sweet Pomeranian's mood is about to swing wildly. Suddenly, with its lips curling back, the dog snarls and knocks over the food bowl in disgust.

The Internet loves the hangry dog

Internet users love the hangry dog! The video has over 110,000 views so far.

One user thinks that the owner better watch her back: "Doggie gonna eat you while you sleep." Another commenter thinks that the dog's look is comedy gold, "the great expectation....the head bending.......the realization ....the shock.....the anger......FANTASTIC hahaha."

Whether this is actually an attempt to get the dog to lose some weight or just a prank, it's clearly not a good idea to mess around with this fuzzball's chow time!