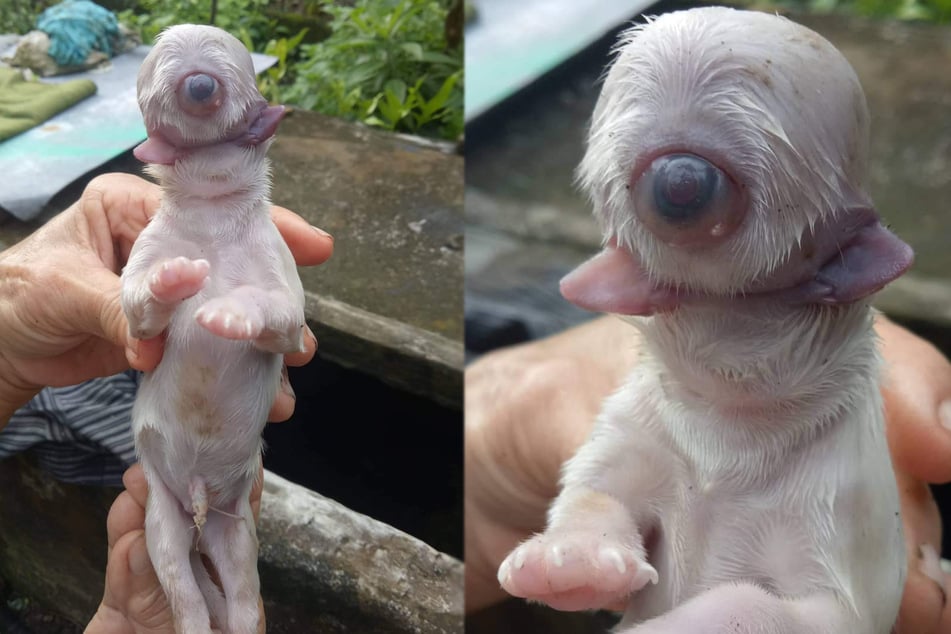 What in the world is this weird creature?

From these pictures you might think you were looking at an alien, but this creature though seriously deformed is in fact a dog.

Tangalan, Philippines - This picture might scare some people, but they should know their not looking at anything otherworldly.

This poor creature's story is a sad one. The Facebook user Amie de Martin posted photos of the animal on the social media site over the weekend.

The creature was born with its six siblings in the Philippines on Saturday. But despite its strange appearance, the creature is actually just a dog.

It is one of six Aspin and Japanese Spitz mixed puppies born in the area.

The dog's five siblings were all born healthy, but it had developed a rare birth defect called cyclopia, according to Inquirer.net.

This rare birth defect leads to deformities, like animals being born with just one instead of two eyes, like the mythological creature cyclops. It also affects brain development. In this case, the puppy was born without a fully formed nose and a very deformed snout.

The little deformed dog did not suffer long and died the same day.