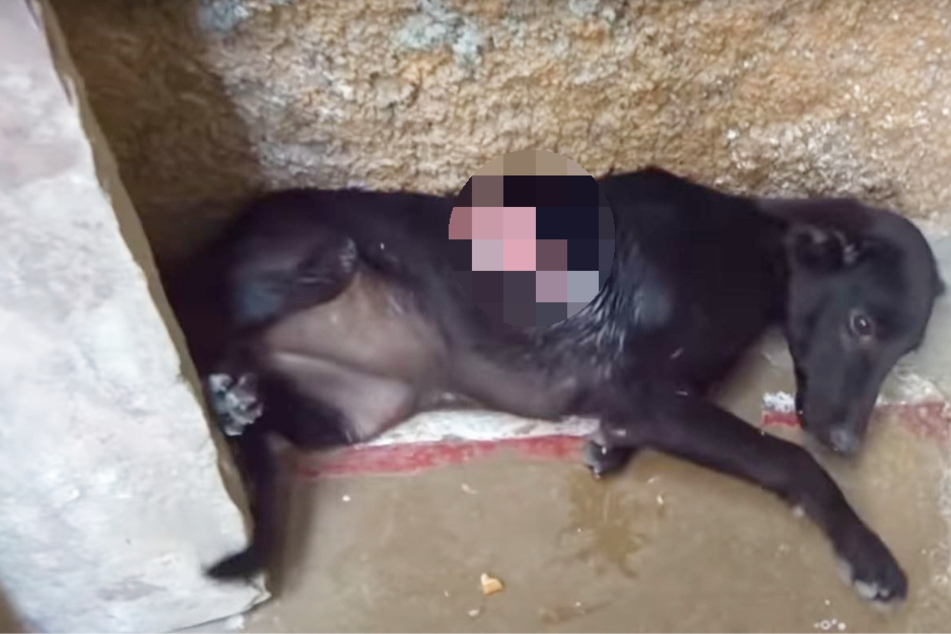 The dog's pain was so severe that she hid in a cramped space until rescue arrived.

Rajasthan, India - This scene from India is almost unbearable to see. A young female dog was found hiding in a tiny corner with a flesh wound too big to stitch up. The poor animal must have been in awful pain.

The team documented the rescue of the four-legged friend in an YouTube video. They named the dog Jeelu.

According to the animal rights activists, she had been hit by a car and then hid away in agony. But a few biscuits were tempting enough to make Jeelu crawl out of her tiny corner.

Animal Aid Unlimited wrote: "She needed several weeks of daily wound care, flushing, re-bandaging and rest in order to stabilize. The final stage of healing could take place outside the hospital."

After three weeks, Jeelu was brought back to the place where she was rescued from. There, she was warmly greeted by her mother and other dogs.

But the story doesn't end there. Animal Aid Unlimited said that they visited her every week "and watched Jeelu blossom."

The carers only left her to her own devices  after they were 100% convinced that the skinny black dog was pain-free and could without their help.

The Animal Aid Unlimited team is appealing for donations, and anyone who would like to contribute can do so at animalaidunlimited.org/donations/monthly-donation/.

The organization say that they are always there "for small animals with massive wounds" and they more than proved it in Jeelu's case.