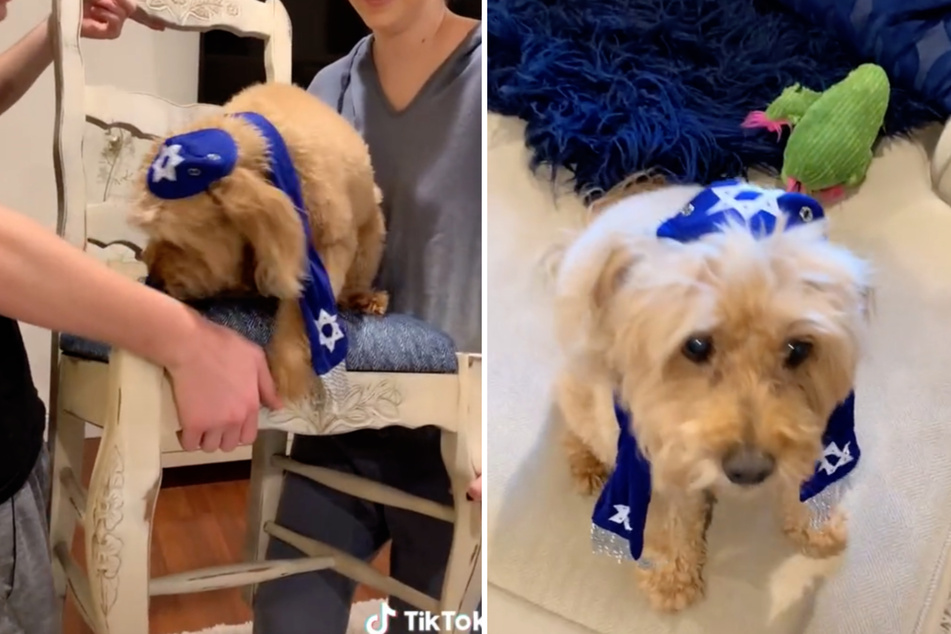 Florida siblings throw a bark mitzvah for their dog!

For his 13th birthday, this dog got a very special celebration.

Florida - This little dog received a special surprise for his 13th birthday.

On December 2, Raegan Fink and her little brother organized a birthday party for their beloved Labradoodle – and they put a special spin on things.

The siblings are part of a Jewish family and it seemed only reasonable for them to celebrate their dog with a bar mitzvah!

The religious ceremony traditionally takes place on a boy's 13th birthday, marking his acceptance as a full member of the Jewish community. After the ceremony is complete, the birthday boy takes over responsibility from his parents for his own actions.

Having reached the age of 13, it was time for the Fink family dog to fulfill his duties.

Raegen and her brother shared a short, funny video of the party on TikTok with the title: "my dog turned 13 today so ofc he had to celebrate his barkmitzvah."

"Bark mitzvahs" have been around for decades

Raegan also came up with a clever pun and called the event a "bark" mitzvah.

The clip shows the pooch getting his very own yarmulke. The siblings place him on a chair and lift him into the air as the Israeli folk song Hava Nagila plays in the background.

Then they hand the birthday boy a plate with two cookies – one in the shape of a dog bone, decorated with the words "Happy Birthday," and a second in the shape of the Star of David. They also present him with a small toy.

Fun fact: this isn't the first "bark" mitzvah to be held. Jewish dog owners have held similar 13th birthday celebrations for their pets since at least 1958.