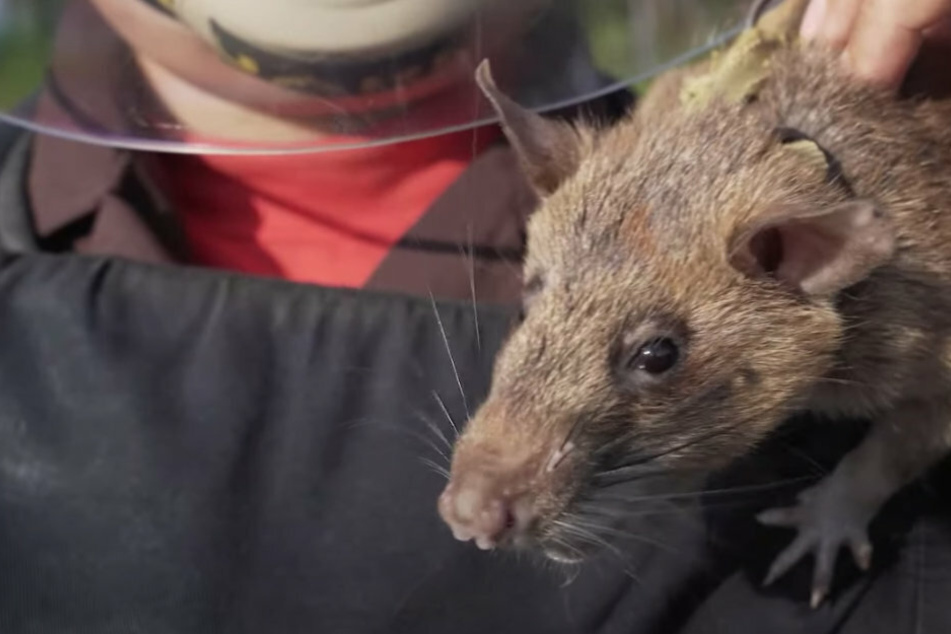 Hero rat gets a medal for saving lives

The rat Magawa detects landmines in Cambodia and now the rodent has been awarded the gold medal of the People's Dispensary for Sick Animals.

Cambodia - Magawa is on a one-rodent mission of improving the reputation of rats everywhere. He now has a gold medal to show for his incredible efforts.

The coveted PDSA award, which recognizes the service of animals whose work saves lives, has been awarded since 2002. It was created by the British veterinary charity the People's Dispensary for Sick Animals.

Until now, the award has always been bestowed to dogs. According to the PDSA website, they aim is to recognize "outstanding animal bravery and exceptional dedication in civilian life." Not only have all the recipients been canines, most are also from the UK. But this year the winner was neither British nor a pooch.

It was a rat that the PDSA smelled, and for good reason. The story of the giant rodent called Magawa, who works in Cambodia, is truly amazing.

Magawa comes from an organization that has been training rats to detect land mines since the 1990s. This little hero was bred specifically to detect landmines and was ready for action ever since he was only 9 months old.

There are probably more than 80 million active landmines around the world, and they pose a great threat to both humans and animals alike.

Magawa is a Gambia giant hamster rat, which explains his enormous size. But he isn't big or heavy enough to trigger a landmine by walking over it.

His training started when he was just a few weeks old. First, Magawa was taught that hearing a click meant getting food or some other positive reinforcement. Later, he learned that he had to perform a task to earn a treat. Handlers then emphasized the detection of chemicals used in landmines and the rat knows what to sniff for in order to get its paws on a snack.

Meet Magawa in a video

Magawa has found 39 landmines in Cambodia so far

Magawa's work is very important because there are an estimated four to six million unexploded landmines in Cambodia alone. Some three million have still not been found. These deadly traps have claimed over 64,000 lives to date.

Magawa can search an area the size of a tennis court within 30 minutes. It would take a person with a metal detector up to four days to reliably cover the same area.

If the rodent detects a landmine, he will signal his handler and specialists can dispose of it safely. For every mine Magawa finds, he potentially saves someone's life or limbs.

So far, the rat hero has discovered 39 landmines and 28 unexploded bombs, making him the most successful specimen in the organization. Over the course of his career, he has helped clear over 39 acres of land – the equivalent of 30 football fields.

Magawa will continue to make Cambodia safe until he goes into his well-deserved retirement.