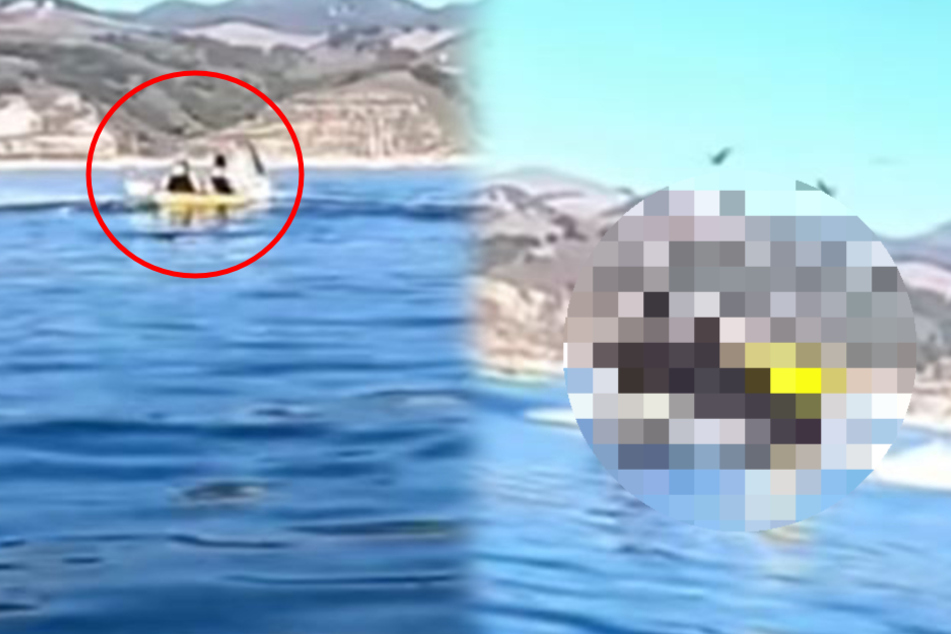 Two kayakers stared deep into the belly of a massive humpback whale as they were almost swallowed off the coast of Avila Beach, California.

Julie McSorley and Liz Cottriel were watching humpback whales on Monday afternoon when they suddenly noticed a big school of fish, according to The Sun.

A video of the incident, uploaded by Whales of the World on YouTube, shows the two women paddling on calm waters near other kayakers off the shore, when suddenly a whale surfaces from underneath them and catches their kayak in its mouth.

The footage appears to show the kayakers being swallowed by the gigantic animal.

Fortunately, it looked much worse than it was: the two just capsized and swam up again moments laters. Even their kayaks survived unscathed.

"Next thing I know, I'm under water," she added.

When the pair got back to the car, they said "a bunch of fish" came out of their outfits.

But McSorley was happy she had only lost her car keys during the shocking incident, as it could easily have been their lives.

Cover photo: YouTube/Screenshots/Whales of the World