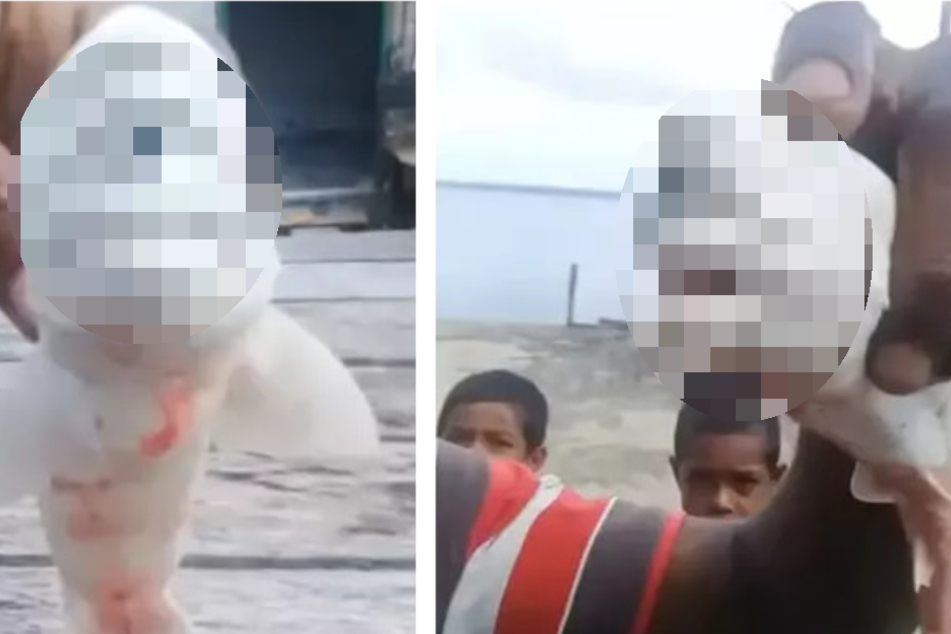 A group of men stumbled on a weird, cyclops-like creature while fishing for sharks in Indonesia.

Indonesia - The men had never seen anything like this before. While out fishing for sharks, they stumbled on a bizarre, cyclops-like creature.

According to the Daily Star, the group caught a giant shark off the coast of the Indonesian province of Malaku, on October 10.

When the fishermen started to gut their catch, they found three lifeless unborn baby sharks inside. But one of them was very different from the others – the men couldn't make heads nor tail of the pearly-white, one-eyed creature.

One of those present was quoted as saying, "We found three babies inside its stomach, but one of them looked strange with only one eye. Its color was strange too, like milk."

Local authorities took the unusual find in for further examination. Media reports suggested that it had Cyclopia, a birth defect that causes a fetus' eyes to merge into a single orbit, giving the appearance of a cyclops.

Little shark was an albino too

The pale appearance of the baby shark also indicates that it probably had albinism. Although it is quite rare, such unique sea creatures do make it into the fishing net every once in a while.

The Daily Star mentions a similar discovery made in the US in 2011, when a group caught a female albino cyclops shark off the coast of Mexico. It was found in the womb of an adult shark along with nine fully developed siblings.

Scientists said that the cyclops shark had almost no chance of survival after birth.