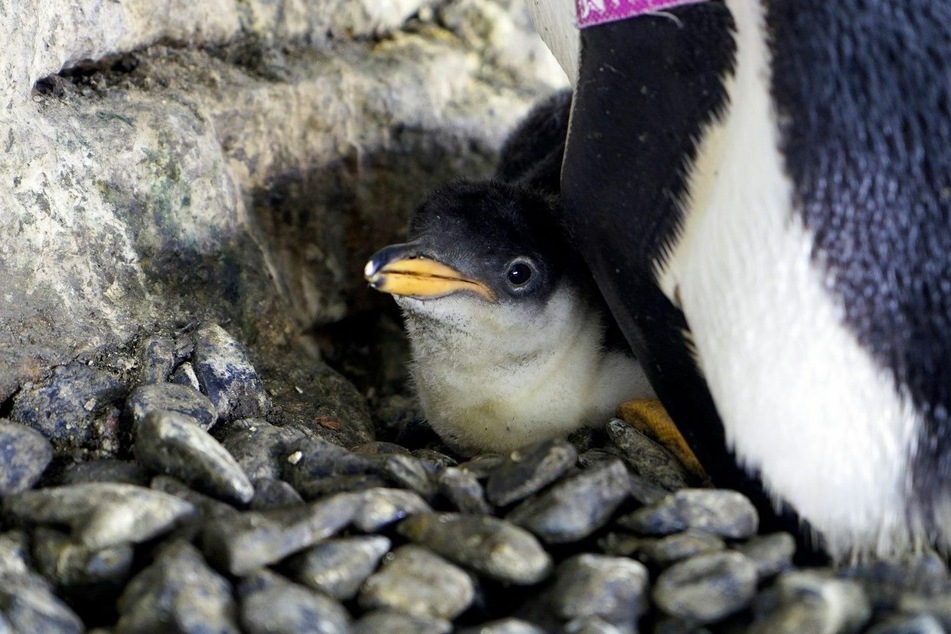 At the Spanish aquarium L'Oceanogràfic Valencia, Electra and Viola, a same-sex penguin couple, have just become parents for the first time.

Valencia, Spain - An aquarium in Spain is celebrating a new baby penguin - hatched and adopted by its two mothers, Electra and Viola.

The L'Oceanogràfic described the penguin love story on Facebook and in a detailed press release. The employees are very proud of the progress this budding family has made.

It's not clear how long the two Gentoo penguin ladies Electra and Viola have been together, but their relationship was clearly strong enough to take it to the next level: adopting a fertilized egg.

When staff noticed that the two had started building a nest, they decided to provide an egg from another penguin couple.

Photos posted by the Oceanogràfic on Facebook show that the adoption was successful. Electra and Viola are officially moms!

Same-sex pairings are common in the animal kingdom. Penguins, monkeys and insects all proudly fly the rainbow flag.

According to the aquarium, more than 450 display homosexual behavior, both in captivity and in the wild.

An article on Geo.de takes that number to as high as 1500 species and includes giraffes, fish, and maggots.

Home videos of the young family

The YouTube videos posted by the aquarium show what a great job the two ladies are doing. Their baby looks healthy and has already grown quite a bit.

On average, a penguin chick becomes independent after about 75 days, when it weighs between six and seven kilograms.