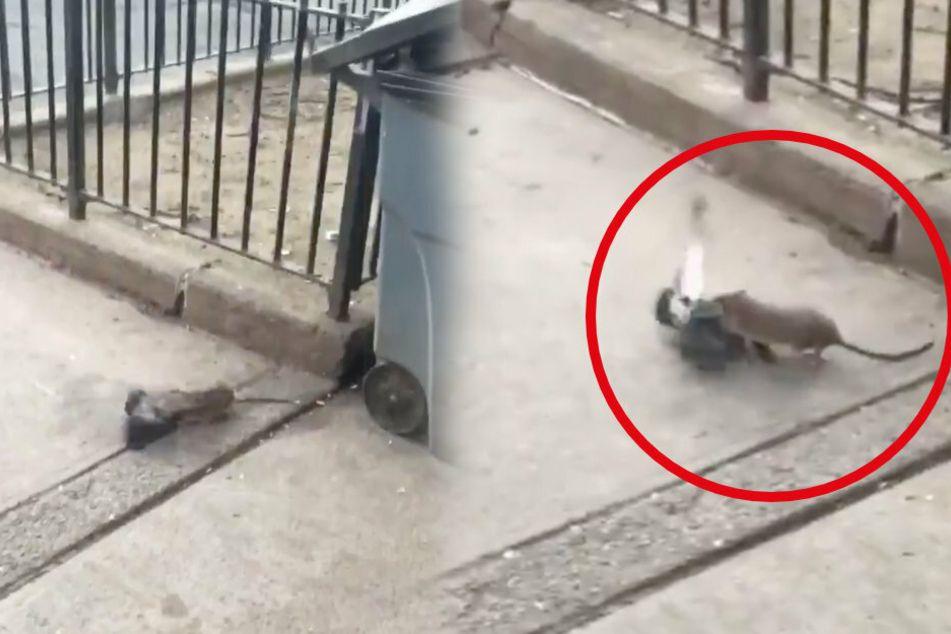 In New York, a rat has a pigeon its clutches. Then out of nowhere a man comes to the pigeon's rescue. The video of the struggle went viral.

The pigeon struggles to free itself from the clutches of the big rat. It seems hopeless.

Until 8 seconds into the short Twitter video, which has gone viral. That's when a man bursts into the frame and hits the rat with a scooter (!). Shocked by the sudden attack, the rat releases its victim and flees the beating.

The bird is seen limping away. The man behind the camera asks it: "You alive?" But the pigeon just staggers out of view.

Not every user is pleased with the scooter-wielding man's efforts. Many claim that the rodent got beat up just for trying to earn its dinner.

Some users are surprised that the rat seems to run easily away despite the blows. "NYC animals built different," one man wrote.

Others find the video disgusting. New York has been plagued by a rat problem for years. Very few people have anything nice to say about the city's sewer dwellers.

The video already has over three million views. People agree that New York animals are made some tough stuff because both creatures walked off as if nothing had happened.