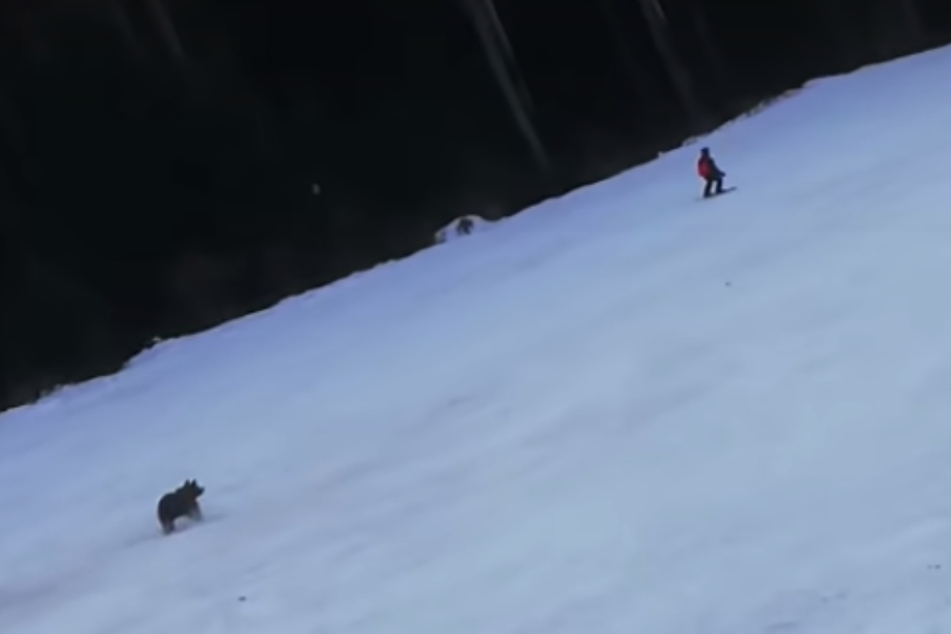 Skier panics when he sees what's chasing him down the slope!

A real nightmare for every winter sports enthusiast!

Predeal, Romania - A real nightmare for every winter sports enthusiast!

The Romanian news portal G4Media reported on a wild chase that took place on a ski slope at the popular Carpathian winter sports resort Predeal.

A skier was driven down the steep slope by a hungry bear!

Eyewitnesses who watched and filmed the dangerous scene from a nearby ski lift later shared the footage on YouTube.

The recording shows the wild animal chasing the skier down the slope for hundreds of yards.

In the background, the skier can be heard yelling loudly, but the bear doesn't let up and persistently chases after him.

There seems to be no escape, but then the skier has an idea that most likely saved his life.

To distract his pursuer, he throws his backpack to the side as bait.

Bear chases skier down slope, then throws out bait

And it works: the bear only has eyes for its new prey and heads straight for it, while the skier gets away to safety.

But it was not to be the last bear-related incident at Predeal: according to G4Media, the police were called to the ski resort three times that day because of the animal.

"After each call, the mountain gendarmes intervened promptly and removed the animal from the slope. The noise produced by the all-terrain vehicle used during the intervention drove the bear into the woods," the Brasov County Constabulary Inspectorate said in a statement.

In the meantime, police contacted the administrator of Game Enforcement, who has been informed of the incidents and has been instructed to relocate the problem bear to a less frequented forest area.

Whether there are more furry surprises in the area remains to be seen.