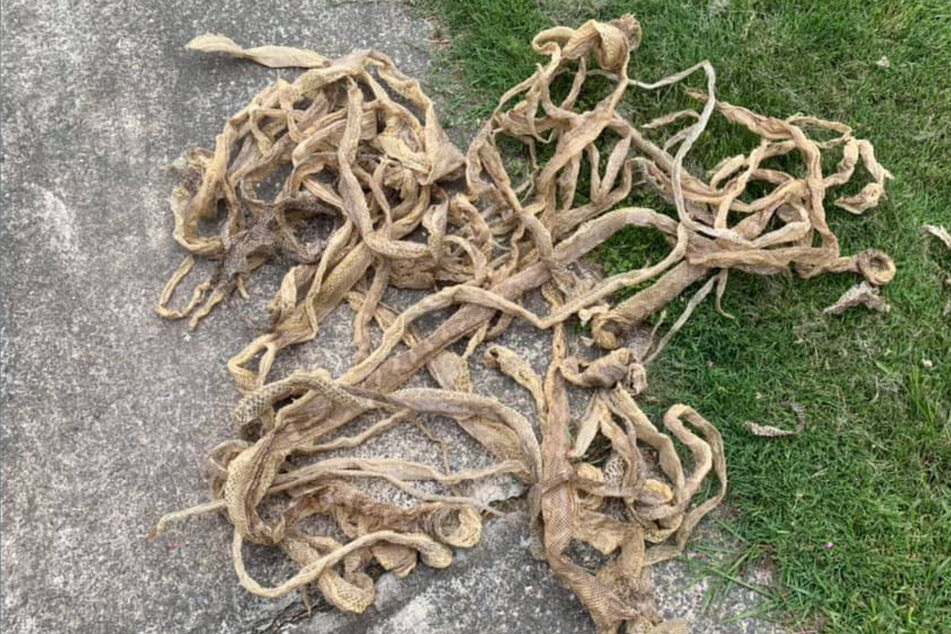 Snake expert is shocked: "I've never seen anything like it"

This find raised many questions, and even the snake catcher who was summoned was perplexed at first.

Currumbin, Australia - Reid Newell is an experienced snake catcher, but even he was left astonished by what he saw on his latest call.

The Snake Catchers Brisbane & Gold Coast expert was called to the home of a family in the Australian coastal suburb of Currumbin last week and it quickly became obvious he had a special case on his hands.

Newell's clients had found at least 50 snake skins in their attic!

"I've never seen anything like it. I've been in quite a lot of roofs, and the most I've seen before that was maybe four or five, so this was a massive jump," Newell told the Queensland Times.

The Australian immediately took several photos and later shared one on his team's Facebook page.

"I couldn't say how many snakes it was from, but it definitely wasn't one. It wasn't just from the one species either, there was carpet python sheds in there, and also common tree snake sheds."

But where did all the skins come from? Reid Newell has his own theory about the mysterious find.

He suspects that the previous owners of the house kept poultry on the property, which may have attracted mice – a very tasty proposition for the reptiles.

Despite the unusual discovery, Newell was unable to locate a single snake anywhere near.

"The owners were pretty cool about it, they were also shocked. I told them the amount of skins from multiple species was crazy to me and I think they thought that was pretty cool," Newell said.

One question remains unanswered: why were there no snakes on the premises when the pro arrived? Newell believes they had fled the scene the day before, when the family was cleaning the attic.