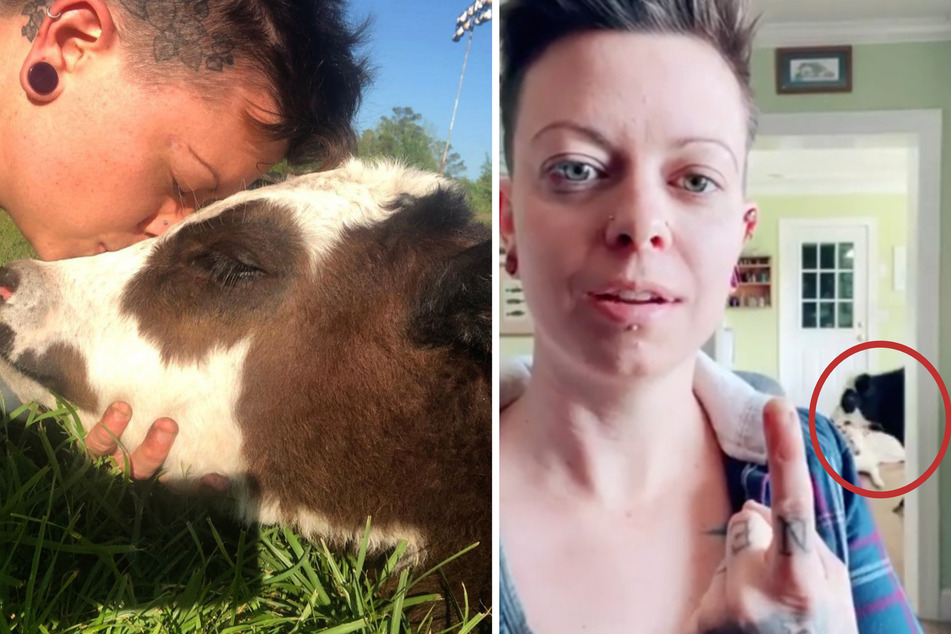 Sven the cow is an internet star with a very a-moo-sing habit!

Sven is a cow, that's for sure, but he himself doesn't seem to be so sure about that yet.

Charleston, South Carolina - There's no denying the Sven is a cow. But does he know that? Having been raised on a farm along with six dogs, it's understandable that he's going through a small identity crisis.

Sven shares a home with dogs, cats, pigs, goats, chickens, pigeons and a parrot. It's a wonderful animal world at Pelletreau farm in Charleston, South Carolina, but chaos is part of the package.

For owner and vet technician Nicole Fredericks, life never gets boring – especially not with Sven around.

One of his favorite activities is sneaking into the house over and over again, despite obviously not being allowed insise. After all, the hardwood floors are slippery and he might fall and injure himself.

Sven isn't worried about that, though. “Anytime the door is open longer than a few minutes he will make a break for it,” Fredericks told The Dodo.

According to her, Sven has always seen himself more as an indoor pet: "Cows are super, super curious animals and when he was a baby he was sick for a few days and lived in my laundry room for a while so he was used to being inside."

Nowadays, Fredericks is careful about keeping the door closed, so Sven rarely makes it into the house. But every now and again, an opportunity presents itself and Sven never misses it.

Luckily for Frederick, there is one thing that Sven loves even more than his occasional house visits: horse cookies!

“I usually laugh if he makes it inside and just grab some treats to bribe him back outside before any damage is done,” Fredericks told The Dodo.

The vet knows that Sven will probably never change his ways.

Cows just can't be trained as easily as dogs can, even though Sven seems to really enjoy acting like one.