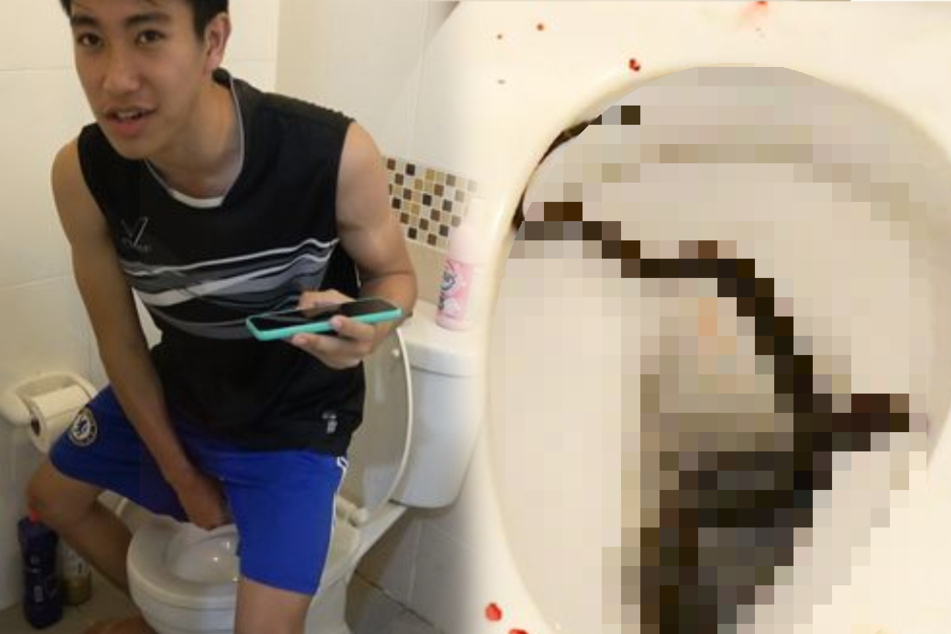 Teenager sits on toilet and experiences every man's worst nightmare

A young man from Thailand got the shock of his life when he went to use the bathroom in his own home.

Nonthaburi, Thailand - He went to the bathroom and got the shock of his life: this 18-year-old from Thailand suddenly felt agonizing pain after he sat down on the toilet seat.

On a perfectly normal Wednesday evening, Siraphop Masukarat went to use the restroom in his home. He sat down without taking a look inside the bowl – why would he? As it turned out, because he had an unwelcome visitor.

The young man suddenly felt a burning pain between his legs. When he looked down, he couldn't believe his eyes – a four-foot python was lurking in the toilet and had just clamped its jaws around the tip of his penis.

Siraphob cried out in a mix of terror and agony. He was immediately rushed to the hospital, where the bite wounds were stitched up and treated with antibiotics.

In an interview with The Sun, the teenager said: "I was using the toilet but a few moments after I sat down, I suddenly felt pain in my penis. I looked down and saw there was a snake hanging in the toilet. Then there was blood everywhere. It was only a small snake but its bite was so strong."

"I hope my penis can recover somehow," Siraphob said. After the incident, animal control came to the apartment to catch the python, which was still curled up in the toilet bowl. Sutapath, Siraphob's mother, is completely baffled: "I don't know how the snake got into my house."

"I know the snake really hurt my son but I'm relieved it was only a non-venomous python. If it was a cobra, he would be dead," she said. It all could have turned out much worse, but Siraphob will probably be double-checking the facilities for the rest of his life.