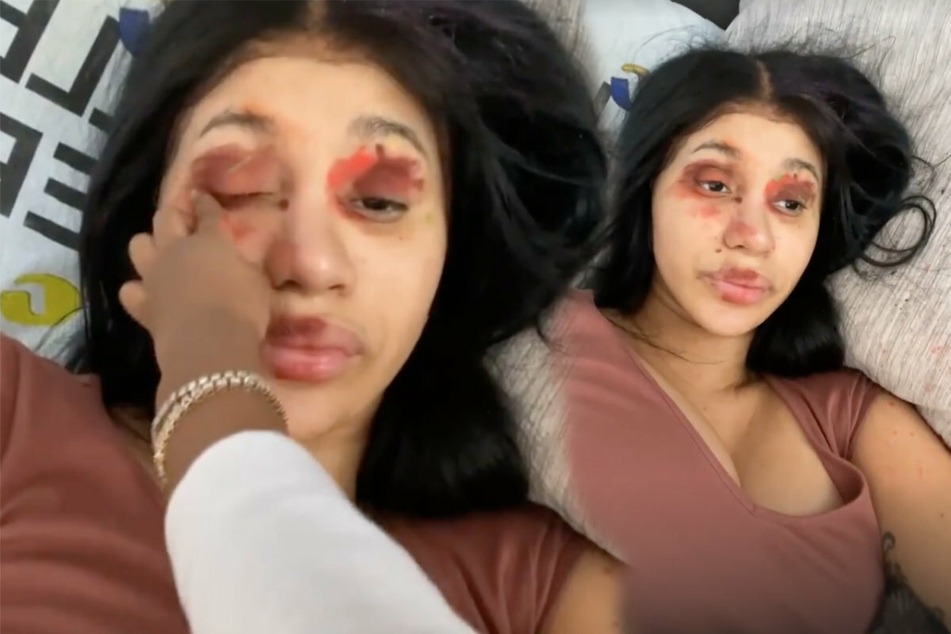 Celebrity mom gets grizzly makeover from two-year-old: can you tell who it is?

This toddler did the makeup for her celebrity mother, who shows off the results on Instagram.

Los Angeles, California - Although this celebrity mother is all made up, you would hardly recognized her. Believe it or not, this is Cardi B, who let herself be "beautified" by her daughter!

Extravagant and scantily clad, with a sensational voice: that's how fans know (and love) the rapper Cardi B! But the Up singer also has another side, as she proved on her Instagram page.

In her Story, she showed off the results of the makeover her daughter Kulture Kiari Cephus (2) took on. Cardi B filmed herself as the little girl wildly experimented with mommy's make-up things.

In the short video, Kulture can be seen applying bright colors to Cardi B's face. "I look pretty?" the 28-year-old asks her toddler, who adorably replies, "I'll let you know when I'm done."

It's rare that the superstar allows such intimate glimpses into her family life. Just two days ago, Cardi B released a makeup-free video message for the first time.

She said in the video that she had never been afraid to show herself as she is: twenty minutes after getting up, with tangled hair and chapped lips.

Cardi B addressed her critics openly: she would never bend and begin to doubt herself. With or without makeup, she is confident in herself.

Cardi B is known for her flashy performances

There still has to be a little extravagance, though, or else it wouldn't be Cardi B. Her XXL fingernails are also included in the no-makeup video. Nevertheless, the Instagram community celebrated the star's words.

"I think you look beautiful with no make up!" wrote actor Tisha Campbell-Martin (52). One fan said that the rapper was beautiful inside as well as out: "nobody can take that from you!!!"