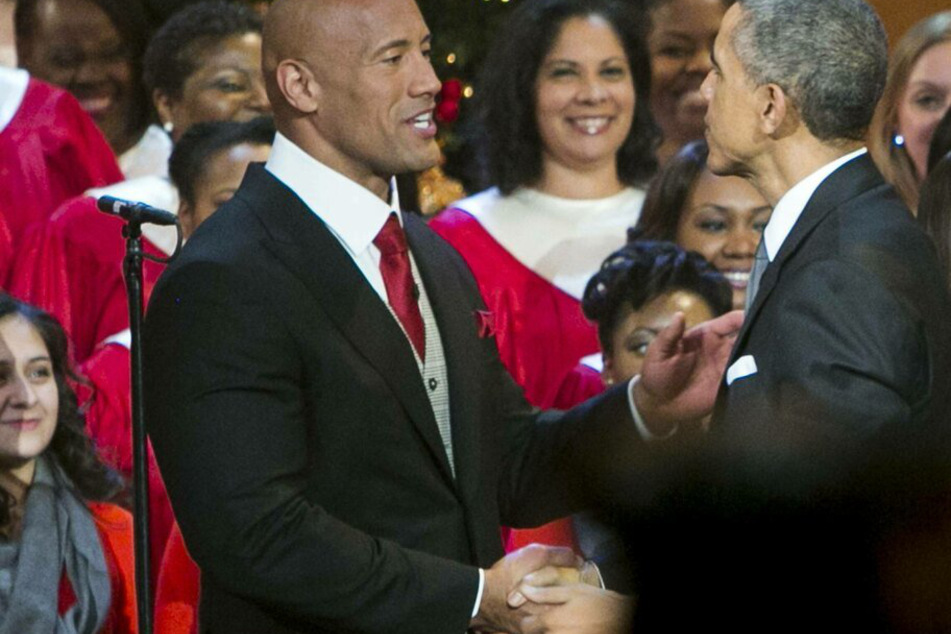 Dwayne "The Rock" Johnson might run for president – but he has one condition!

Wrestler-turned-actor Dwayne "The Rock" Johnson could soon be on the television screen, but not in the way people are used to.

New York, New York – In a recent interview, Dwayne "The Rock" Johnson expressed a serious interest in running for president in the future – on one condition!

The former professional wrestler and actor skated around the idea of running for office in a conversation with Willie Giest of the Today show. "I do have that goal to unite our country," he said.

There is one string attached to his yearning for unity – the desires of the American people.

According to a poll by Pipslay, 46% of Americans would support The Rock's potential dive into politics.

The 48-year-old responded to the news in a tweet saying, "Not sure our Founding Fathers ever envisioned a six-four, bald, tattooed, half-Black, half-Samoan, tequila drinking, pickup truck driving, fanny pack wearing guy joining their club – but if it ever happens it’d be my honor to serve the people".

Another notable Hollywood hunk was listed alongside Johnson as a potential leading politician for the future: Matthew McConaughey.

The same poll showed that 29% of participants would support both a Dwayne Johnson 2024 presidential campaign and a run by McConaughey for Texas Governor.

Both stars have previously shared their interests in getting involved in US politics, as Johnson set out on a mission to "rock the vote" prior to the 2020 presidential election.

A fine future in politics

McConaughey has yet to make any statement about the public's interest or support for a potential run for governor, although he has previously insisted that the Texas governorship is "a true consideration" for him.

As for Johnson, he'll be keeping tabs on public perception over the coming years, while staying in touch with the mad world of US politics.

"If this is what the people want, then I will do that," he added.