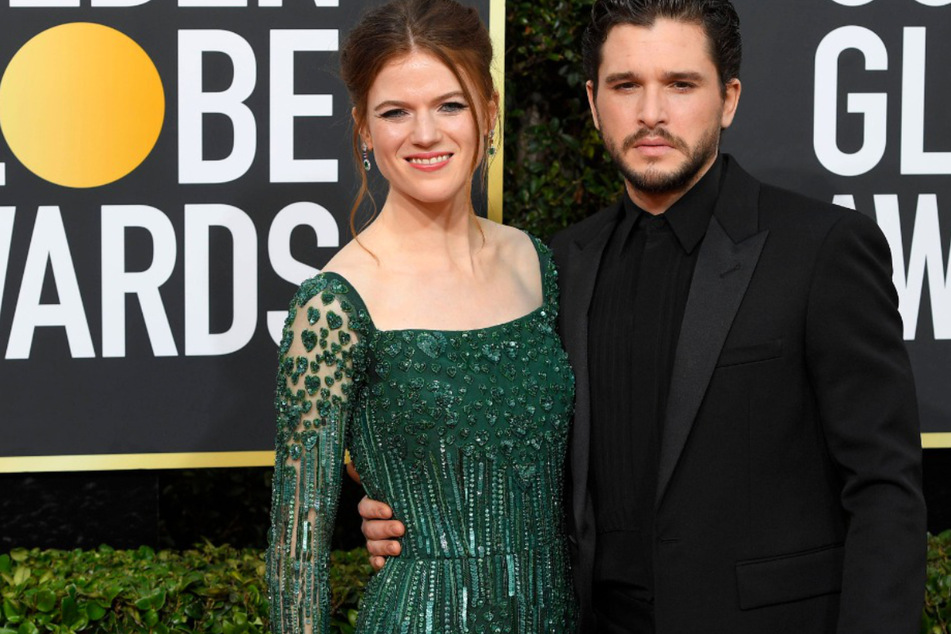 Exciting baby news from the Game of Thrones cast: actor Kit Harington and his wife Rose Leslie have become parents for the first time!

London, UK - Exciting baby news from the Game of Thrones cast: Kit Harington and his wife Rose Leslie have become parents for the first time!

At first no one noticed: the celebrity couple kept a very low profile about the pregnancy.

Leslie didn't announce the news to the world until September 2020, when she did a baby bump photoshoot for Make Magazine.

"I am thrilled to be expecting, and I can't wait to meet the new member of our family," the actor gushed in an interview with the New York Post in October.

However, she didn't reveal any further details, including the due date.

It's no wonder that the public only learned by chance that the two actors had already become parents.

On Tuesday, Page Six shared several snaps of the actors in baby bliss as they walked the streets of London.

The Jon Snow actor carried a shopping bag and had a little smile on his face, while his wife had the newborn strapped in front of her belly.

Whether it is a girl or a boy cannot be seen in the pictures. So far, neither Harington nor Leslie has commented on the new addition to the family.

However, Harington's representative confirmed to Page Six that the couple had a baby boy.

The British actors met and fell in love on the set of the fantasy series Game of Thrones in 2011.

After Harington and Leslie got engaged in 2017, they tied the knot one year later. Their wedding was attended by a number of Game of Thrones stars, including Peter Dinklage, Maisie Williams, Sophie Turner, and Emilia Clarke.