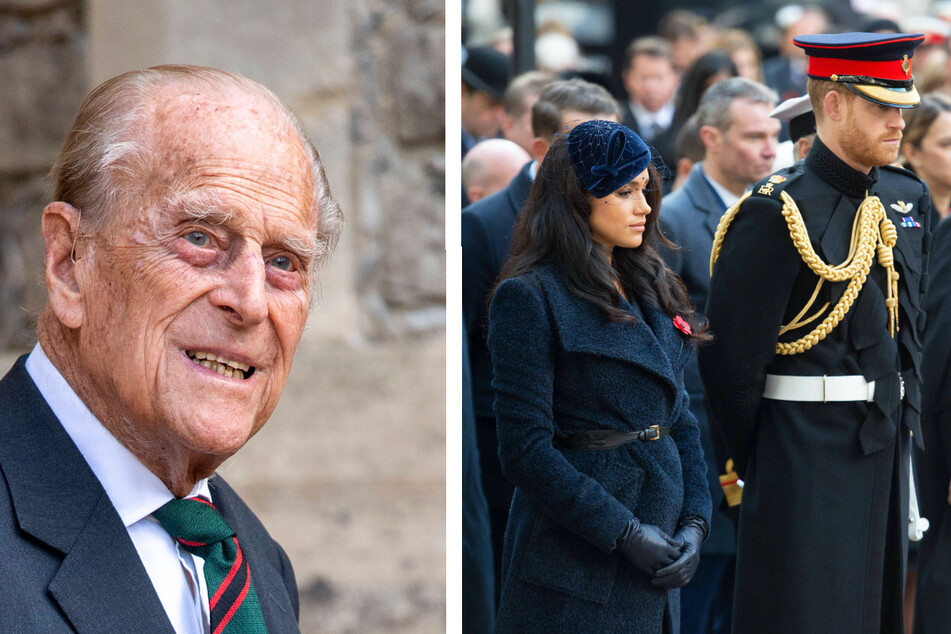 Prince Harry has returned to Britain for the first time since leaving for his new life in Los Angeles ahead of the funeral of his grandfather, Prince Philip.

London, UK - Prince Harry has returned to the UK for the first time since leaving for his new life in Los Angeles ahead of his grandfather Prince Philip's funeral on Saturday.

The prince arrived in his home country on Sunday, The Sun reported.

Given current quarantine rules in the UK, it wasn't clear at first whether Harry would even be able to attend his grandfather's funeral.

However, Harry was eventually allowed to fly in "on compassionate grounds" by government guidance.

His wife, Meghan, Duchess of Sussex, will not be attending the funeral due to pregnancy concerns.

The ceremonial funeral will be held at St. George's Chapel, on the grounds of Windsor Castle, on Saturday afternoon.

Coronavirus restrictions mean the duke's ceremonial funeral will be much lower key than if it had happened in other times, with only 30 people allowed to attend. However, the service will be televised for everyone to see.

Prime Minister Boris Johnson announced over the weekend that he would be giving up his space at the funeral so another royal family member would be able to attend.

The UK Parliament was recalled a day early on Monday so Johnson and other lawmakers could pay tribute to the duke.

Normal parliamentary business will resume on Tuesday. However, no laws will be passed during the week due to the national mourning period, which ends on Saturday after the funeral.