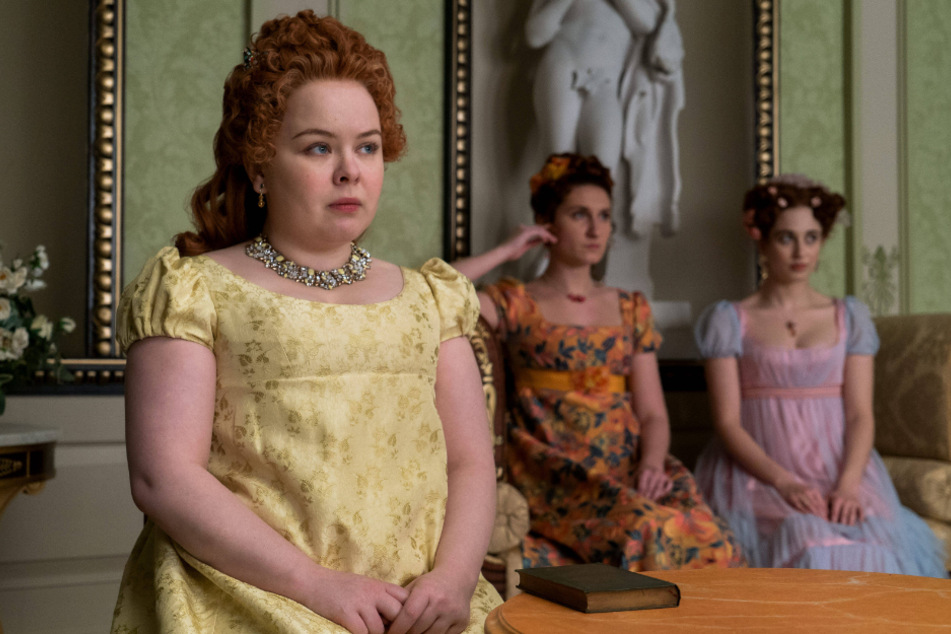 Bridgerton star was worried about watching the show with her family
Feb 4, 2021 12:00 AM

Bridgerton star was worried about watching the show with her family

While watching the raunchy Netflix series Bridgerton with her mom, actor Nicola Coughlan skipped through the sex scenes.

Los Angeles, California - Nicola Coughlan, one of the stars of Netflix's hit series Bridgerton, skipped the sex scenes while watching the show with her mom.

On an episode of the podcast Make it Reign released on Tuesday, Nicola Coughlan (34) talked about watching Bridgerton with her mom.

Coughlan said, "When I showed her the first episode and Johnny Bailey's bum appeared very quickly into episode one, she was like, 'What is going on!"

"With Episode 6 I thought, 'Oh my God what am I going to do? It's non-stop shagging! I am going to be in so much trouble." Episode six is all about a certain high society couple's honeymoon.

The Irish actor was embarrassed to say the least. But she figured out a simple solution to save herself from awkwardness with her family. Coughlan explained, "What I ended up doing was just fast-forwarding through all the sexy bits and at the end of the episode, she said, 'That one was very short!"

The show is indeed steamy and the story revolves around the lives and social season of London high society in the early 19th century.

A second season has already been announced.