This easy apple pie is the perfect Thanksgiving treat. In TAG24's apple pie recipe, we will take you through everything you need to make a fantastic dessert.

If you've left it late with the cooking this holiday season, you're in luck. This apple pie recipe is not only insanely delicious, but it's also quick and perfect for Thanksgiving dinner. So what are you waiting for? Dig in!

A fantastic, warm and comforting apple pie is the perfect bookend to a great Thanksgiving feast.

All too often, though, time constraints mean you're left having to buy some overly sweet, terrible pre-made monstrosity.

The good news is that it doesn't have to be this way! It's actually incredibly easy to make homemade apple pie, and way more delicious.

TAG24 has the perfect food guide for you this Thanksgiving, so dig into a quick apple pie recipe that anybody can make!

Is apple pie a Thanksgiving food?

Apple pie has become a staple of Thanksgiving dinner, even if it doesn't really make much sense. Unlike the sublime beauty that is pumpkin pie, good apples are generally available all year round. It's a delicious treat, but you could just as easily make it for Thanksgiving or Christmas as you could for Easter or July the 4th.

So why is apple pie so popular on Thanksgiving?

Well, the "pie" part of the question is likely explained by the fact that, back in the day (a good 200 years ago) cakes were rather difficult to come across due to the fact that baking powder was not readily available until the late 19th Century.

Why apple and not pumpkin or pecan? That remains a mystery.

How to make a Thanksgiving turkey: An epic recipe to avoid dry meat 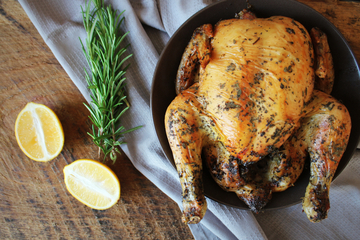 The best vegetarian recipes for Thanksgiving 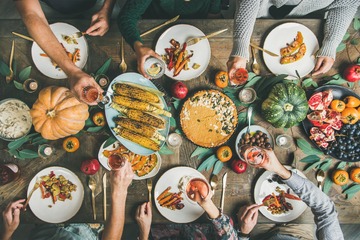 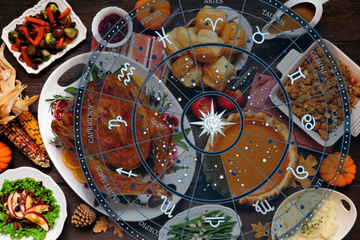 Thanksgiving foods your dog should avoid 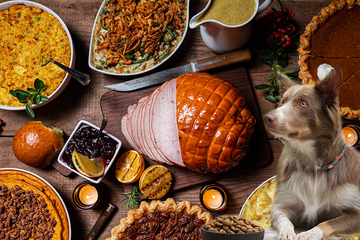 How to make the best Thanksgiving apple pie: the recipe

There are two main components to a delicious and perfect Thanksgiving apple pie: a perfectly seasoned and cooked filling, and crispy and flaky short-crust pastry. Getting that filling just-right ain't too hard, but short-crust pastry can be a bit different.

That doesn't mean you should worry, though. The thing about short-crust pastry is that it is actually not as formidable as you may think. It might take a couple of attempts to perfect, but it's not too difficult once you get the trick.

What do you need when you make a Thanksgiving apple pie?

An apple pie can be divided into the crust and the filling, each of which need to be prepared separately with its own list of ingredients. As a result, we will break down the ingredients list in the same way.

We are trying to keep this apple pie recipe as quick and easy as possible, so this is an incredibly basic short-crust pie pastry. If you want to get a bit more fancy, feel free to do so!

Apple pie is not hard, and it doesn't need to be extravagant. It's a quick, easy, and tasty treat for the holiday season, and can be consumed both hot and cold. Let's take you through the steps you're going to need to complete...

How to make apple pie crust

Step 1: Sift the flour into a bowl, and mix in the salt. Take the salty flour mixture and put it into the bowl of a stand mixer.

Step 2: Add the butter, which has been left out of the fridge until room temperature, and beat with the mixer until coarse.

Step 3: Pour in a small amount of cold water, about 4 or 5 tablespoons. Continue to mix until it forms a dough.

Step 4: Take the dough out of the bowl and lightly kneed on a floured tabletop until smooth, relatively dry, and all-together. Allow it to sit in the fridge overnight, or for at least a few hours.

How to make apple pie filling

Step 1: Dice up the apples into medium-sized cubes.

Important: Personal preference plays an important role here. If you want the apple pie to have a smooth filling, chop it up smaller and then blend the whole mixture after cooking. For those who like it chunky, we recommend medium-sized chunks and no blending.

Step 2: Add the apples to a heavy-bottomed pot on medium heat, and add the water. Allow to heat up until the small amount of water is boiling.

Step 3: On a chopping board, half the vanilla pod and extract the seeds using a small spoon. Add these seeds to the apple mixture, as well as the two half-pods (to be removed later). At the same time, mix in the caster and brown sugar.

Step 4: Add the cinnamon and squeeze the lemon juicy into the mixture, being careful not to let any seeds fall into the apples. Mix in the sultanas and continue to boil, continuous stirring and allowing the sugar to melt and everything to combine.

Step 5: Simmer on medium heat for about 30 minutes, so that the water and sugar has combined into a syrup and the apples are soft, with a little bit of bite in their center (if you are going for chunky).

Step 6: Once finished cooking, remove the pot from the heat, fish out the two half-pods of vanilla, and allow the mixture to cool down.

How to make the perfect apple pie for Thanksgiving

Step 1: Once the pastry has rested and the apples have cooled, it's time to par-cook the pastry. Take out your pie tin and grease it with a healthy dose of butter.

Step 2: With a rolling pin, roll out the pastry on a floured, flat surface until it is about a tenth of an inch thin. Once it is even, uncracked, and perfectly smooth, pick up the pastry, place it into the pie tin and press it carefully into the mold. Cut off the excess and set it aside.

Step 3: Prick the bottom of the pie with a fork, allowing little indents but not holes that go all the way through, and brush with melted butter. Par-cook in a pre-heated oven of about 375 °F for 15 minutes, or until hardened up.

Step 4: Allow the par-cooked crust to cool, then add the apple mixture and spread out so it is dense and even. Cut the leftover dough into strips and lay them over the top in a grid-like configuration. Brush the top with a little more butter.

Step 5: Bake the whole thing for another 30 minutes, or until the pie crust is crispy and the apple filling has thickened up a little bit and is golden brown. Allow it to sit for at least 20 minutes before slicing and serving.

There may be fifteen steps in this recipe, but trust us, it isn't that hard. Try not to get too intimidated by cooking and just give it a go – you won't regret it!

When to make apple pie for Thanksgiving

Let's be real: Apple pies are the nicest when they are fresh and made on the same day as Thanksgiving.

That's what we would recommend, but that doesn't mean that you can't prepare it roughly in advance.

Get the filling fixed a couple of days before, have the dough ready, rolled out, and par-cooked, and then all you need to do on the day is chuck the two together and pop it in the oven. Easy, right?

In the end, it's always better to go homemade when it comes to anything food-related. There's not much that tastes better when it's store-bought.

So stick to these steps, get the best apples and use plenty of butter, and your Thanksgiving will be made a treat with this quick-and-easy apple pie recipe!