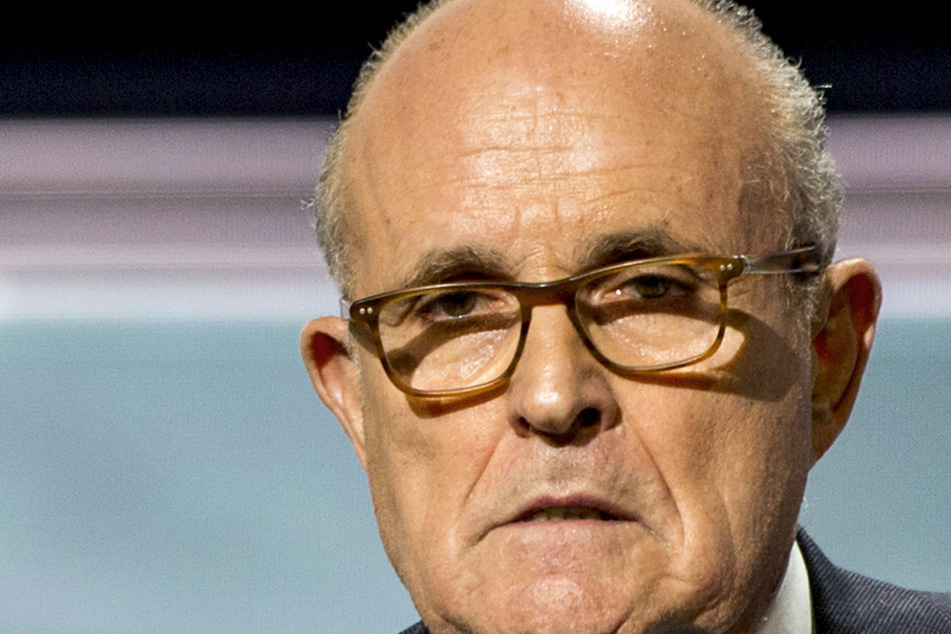 Dominion Voting Systems, which Giuliani placed at the center of a bizarre conspiracy to rig the election, sued the former New York City mayor Monday for $1.3 billion.

"There must be accountability for the disinformation campaign," said Tom Clare, a lawyer for Dominion, adding that Giuliani "made the company radioactive and destroyed the value of this company."

The suit is the second filed by the voting machines company over the conspiracy promoted by lawyers for the Trump campaign. Dominion sued Sidney Powell, a former attorney for the campaign, earlier this month for her outlandish claims of election theft.

The 107-page suit details at least 50 separate instances of alleged false and defamatory statements by Giuliani (76).

Giuliani and Powell both alleged that Dominion is owned by a company in Venezuela that rigged elections for the country's former president Hugo Chavez, who died in 2013. Giuliani also said the company’s voting machines, which were used in Georgia, are equipped with vote-flipping software, the suit states.

Notably, Giuliani claimed in a court hearing in Pennsylvania over election results that the campaign "doesn’t plead fraud." He told a different story in media appearances and on his podcast, calling Dominion "a company that specializes in voter fraud," according to the suit.

Dominion voting machines were used in 14 of Pennsylvania’s 67 counties.

The suit alleges that Giuliani had a financial motivation for promoting "the big lie" that the election was stolen from Trump. Giuliani, according to reports, demanded $20,000 per day while representing Trump in the fight to overturn the election.

"(Giuliani) also cashed in by hosting a podcast where he exploited election falsehoods to market gold coins, supplements, cigars, and protection from 'cyberthieves,'" the suit states.

One worker received a text message: "We are already watching you. Come clean and you will live," the suit states.

The January 6 riot at the US Capitol, Clare argued, was further evidence of the real danger of Giuliani’s disinformation campaign.

"People believed this lie," he said. "They internalized it. It created an environment where they were motivated to take action in the real world."

When reached for comment, Giuliani told the New York Daily News that the Dominion lawsuit is the latest intimidation tactic generated from Democrats.

"Dominion’s defamation lawsuit for $1.3 billion will allow me to investigate their history, finances and practices fully and completely," Giuliani said. "The amount being asked for is, quite obviously, intended to frighten people of faint heart. It is another act of intimidation by the hate-filled left-wing to wipe out and censor the exercise of free speech, as well as the ability of lawyers to defend their clients vigorously. As such, we will investigate a countersuit against them for violating these Constitutional rights."