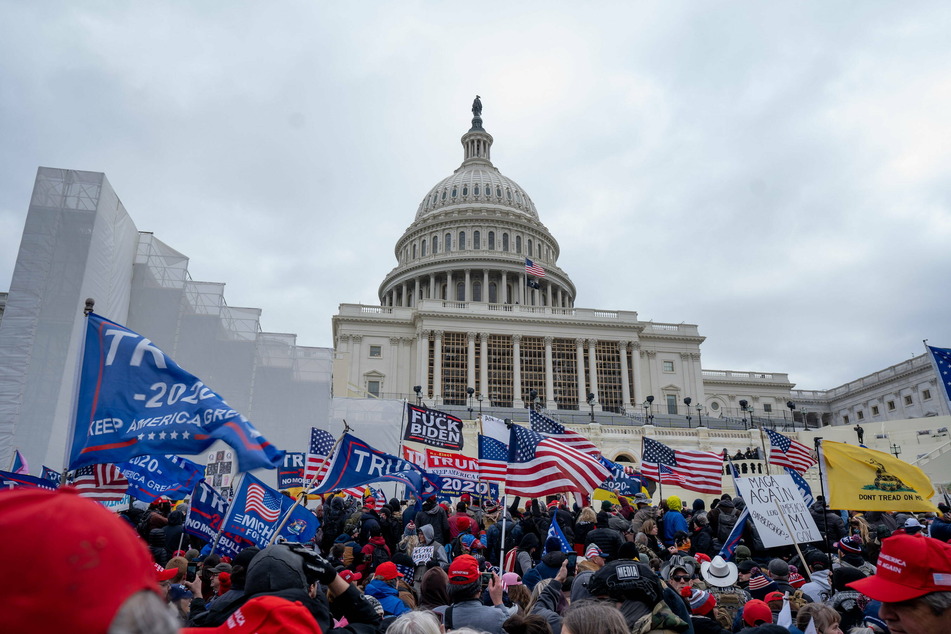 Helena Duke was shocked when she saw videos of the violent pro-President Trump protests in Washington DC and spotted her mother in the crowd.

Massachusetts - Helena Duke was shocked when she saw videos of the violent pro-Trump riots in Washington DC, and even more so when she spotted her mother in the crowd.

The 18-year-old went viral on January 8 after she tweeted a video of her mother harassing a cop along with the text: "hi mom remember the time you told me I shouldn’t go to BLM protests bc they could get violent…this you?"

In the clip, a white woman tries to grab a phone from a Black female police officer. Defending herself, the officer punches the woman right between the eyes.

Duke only found out about her mother's participation in the protest through footage on social media. In addition to her mother, she also recognized her uncle and aunt.

While she was initially conflicted about exposing her mother, she decided to go forward with the tweet because her mom had previously kicked her out of their home for having liberal views and attending Black Lives Matter protests, she revealed.

"Hi this is the liberal lesbian of the family who has been kicked out multiple times for her views and for going to BLM protests to care what happens to me," she wrote, adding the full names of her family members.

Woman shares video on Twitter in which mother, aunt, and uncle are seen rioting in Washington

Helena Duke said her mother, Therese, had given her "vague" information that she would be out of town to support her aunt during a medical procedure.

"When I found out about the Capitol being stormed, I looked at her location sharing and it had been off for two days, so I assumed in that moment, I was like, ‘Oh my gosh, she might actually be there,'" Duke told the New York Post.

As recently as three years ago, her mother was still a Democrat until she radically changed her views and became a Trump supporter. Duke said, her mom has been "brainwashed" by Trump.

"All she had in her head was that whatever the president tells her is right and is what she will go along with. So I think she had in her mind this was the right thing to do," Duke continued.

Although her mom participated in the protests, Duke doesn't believe she was among those who stormed the Capitol.

Since Duke exposed her family on social media, they seem to have cut her financial support. "At the moment I have no idea how I will be paying for college as I have little financial support," she wrote, asking for donations on her GoFundMe page.

In one day, people gave over $10,000 to support Duke's goal of becoming a lawyer.