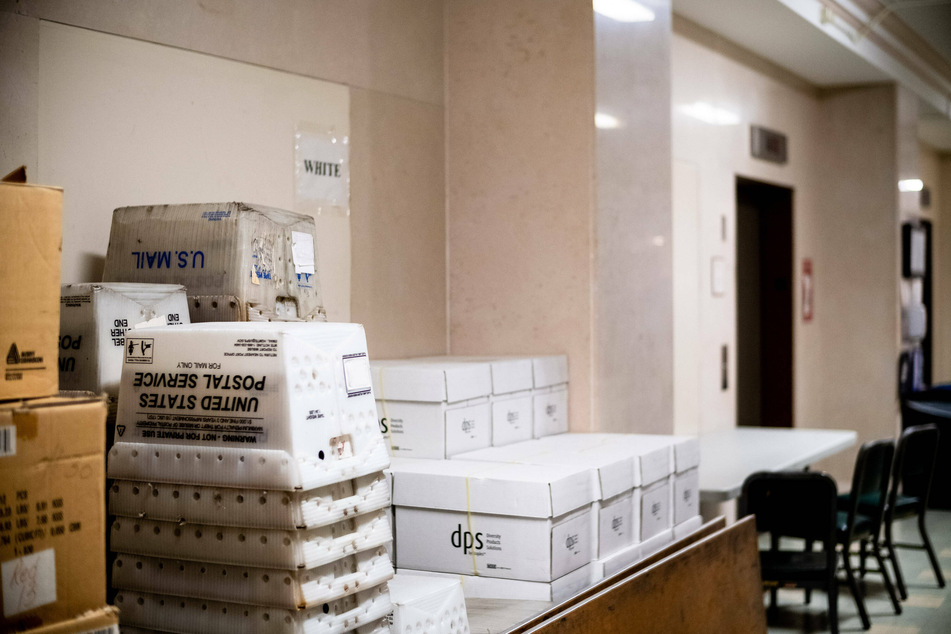 Election day is less than 24 hours away, but this year the real focus is on what might happen after Tuesday's vote.

Washington D.C. – Election day is less than 24 hours away, but this year the real focus is on what might happen after Tuesday's vote.

The surge in early voting - with at least 85 million ballots already cast through October, in person and by post - has already shifted the attention on to a counting process that could send the country into days or weeks of uncertainty.

President Donald Trump and Democratic nominee Joe Biden are seeking a majority of the states' electoral votes – 270 votes – which are largely allocated by each state on the basis of their individual popular vote.

In some cases, as in 2016, a candidate can lose the national popular vote while winning the electoral college.

This year the states have a December 14 deadline to cast their electoral votes and a January 6 deadline for Congress to certify the national results.

However, the unprecedented level of mail-in voting could give increased opportunities for courts, partisan lawyers, and state legislators to intervene in how and if some votes are tallied.

Trump has repeatedly raised the specter of a "rigged" election and equivocated on whether he will peacefully transfer power if he disagrees with the results.

There a few scenarios in which candidates can contest the election.

If the initial vote tallies are close in key swing states, which will likely decide the contest, armies of Republican and Democratic lawyers will be waging courtroom battles over how and if certain ballots are counted in the days following the election.

Among the central concerns is that in-person voting results on Tuesday could benefit Trump while a surge of mail-in ballots, which are sometimes counted later, may cause a "blue wave," shifting results to Biden in the days after and causing Trump to delegitimize the results.

Trump has repeatedly stated that ballots should not be counted after election day.

While states have different rules for counting mail-in ballots, concern is particularly heightened in the two key swing state of Pennsylvania and Wisconsin, which cannot start counting mail-in votes until November 3.

Republican lawyers could seek to halt ballot counting in some states, especially if the initial tally favors Trump, setting up court battles that may reach the Supreme Court.

In the 2000 presidential election, the battle over Florida's recount reached the Supreme Court, which voted in a 5-4 decision to halt the recount because there was not enough time prior to the December deadline to certify results.

This decision gave then-president George Bush the state by a margin of 537 votes and sealed his election victory, even though former vice president Al Gore won the national popular vote. Florida is also a battleground state in 2020.

Trump's recent Supreme Court appointment of Amy Coney Barrett has given the court a 6-3 conservative majority, that could favor Trump, although the court does not always decide along ideological lines. Trump critics have called for Barrett to recuse herself from any election decision.

Another way the election could be contested is if state governors and legislators differ on who won their popular vote.

This scenario is possible in Michigan, North Carolina, and elsewhere where Democratic governors are competing with Republican-controlled state legislatures.

If by December 14 neither candidate has the 270 votes needed to win, then the US Constitution calls on the newly elected Congress to appoint a president and vice president.

In this case, each state delegation in the House of Representatives can cast one vote for president and each senator in the Senate votes for vice president, with candidates selected by a majority vote in each case. Congress has not appointed a president since the election of John Quincy Adams in 1825.

In the highly unlikely circumstance that the House and Senate are unable to select a candidate, then the speaker of the House, which is expected to be a Democrat, will act as president until a president is elected.