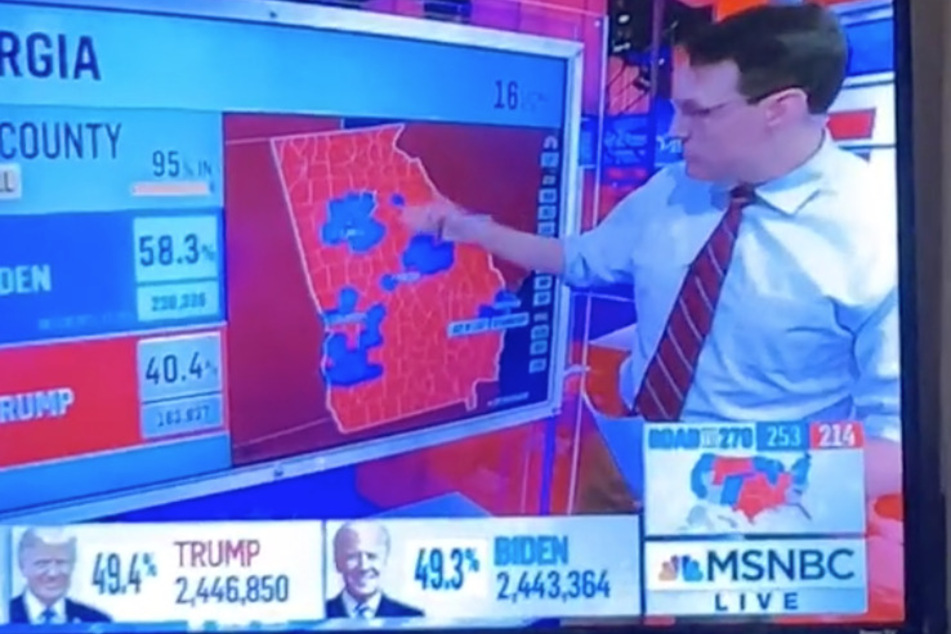 TikTok users are falling in love with TV election analysts

These two men at the maps keeping track of the election result numbers as they have become internet stars for their tireless work jokes and calm.

Internet -  Over the last three days, the country has been glued to the TV screen, nervously watching the election results trickle in. Throughout the tense wait, the analysts guiding viewers through the complicated permutations have become unexpected viral sensations.

The last few days have been sleepless for many, but nothing can compare with the toil of the two men that USA Today is calling the "election coverage MVPs":  journalists John King  and Steve Kornacki.

These two election analysts have been navigating their "Magic Walls" at CNN and MSNBC respectively almost constantly since Tuesday.

According to the LA Times, as of Thursday morning, King had only slept 6.5 hours since the night before election day. And Steve was forced to take a break by his colleges around noon on Wednesday after pulling an all-nighter.

The two have also become the unlikely stars of fancam videos on TikTok, as CNN reported. Users are uploading video mashups of the two on-air reporters, complete with upbeat, catchy soundtracks or hilarious ramblings.

Some are developing crushes, saying they would vote for Kornacki as sexist man of the year. Another video shows a montage of the MSNBC analyst's photos with Be My Baby by The Ronettes playing in the background.

John King also has his fair share of admirers. In video after video, users are gushing over the veteran journalist's poise and knowledge, as he maneuvers the virtual map.

On TikTok, uploads with the hashtag #johnking have 4 million views and #stevekornacki also boasts a respectable 550,5K views.

Steve Kornacki even got a celebrity endorsement from Chrissy Teigen,  who expressed her amazement at his ability to soldier on, hour after hour. Others shared a range of questions and concerns about Kornacki, under the hashtag #TrackingKornacki. They wondered if he had slept at all and complimented him on his khaki pants.

When Kornacki finally did take a break, he took the time to thank all of his fans with a short video. He joked that people might not recognize him without the map behind him.

These fancams have provided a welcome distraction and they are a good opportunity to shake the tension off with a good laugh.