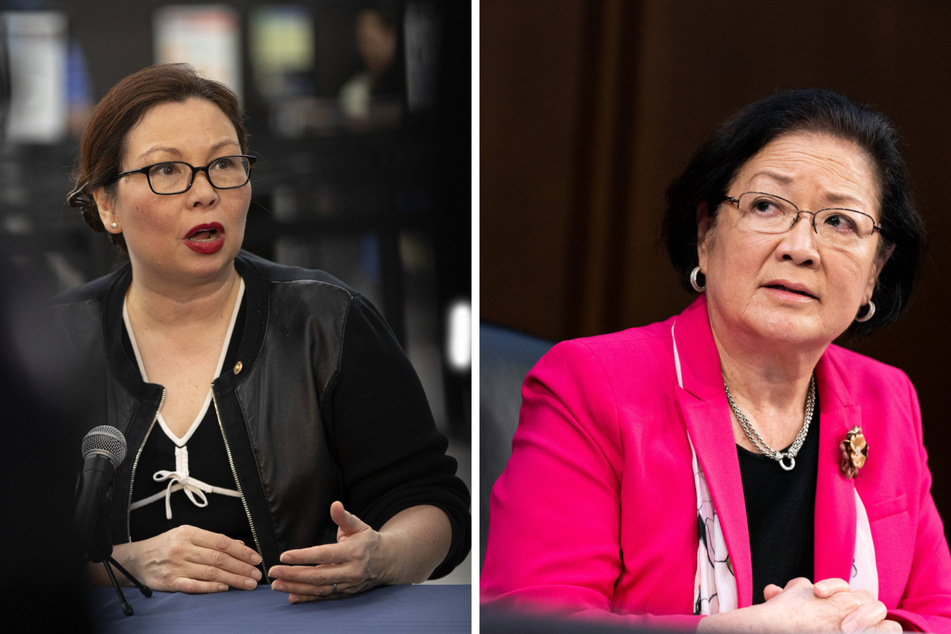 Senators Tammy Duckworth and Mazie K. Hirono are backing off their threat to not vote for any future Biden administration nominees who are white and straight.

Washington DC – Senators Tammy Duckworth and Mazie K. Hirono are backing off their threat to not vote for any future Biden administration nominees who are white and straight until more Asian-American and Pacific Islanders are nominated to top positions.

The change came after talks with the White House Tuesday night.

The White House is now pledging to appoint a high-level liaison to the Asian-American and Pacific Islander (AAPI) community.

"The president has made it clear that his administration will reflect the diversity of the country. That has always been, and remains our goal," White House press secretary Jen Psaki said in a statement. "The White House will add a senior level Asian-American Pacific Islander liaison, who will ensure the community’s voice is further represented and heard."

The announcement came after concerns about the lack of AAPI representation in President Joe Biden’s Cabinet led Duckworth, an Illinois Democrat, and Hirono, a Hawaii Democrat, to threaten to oppose non-diverse nominees.

The two senators would have considerable leverage in a 50-50 Senate.

The duo are also the only two AAPI senators.

The two senators had talks with the White House

"I had a productive conversation with the White House today to make clear my perspective about the importance of diversity in the president’s cabinet," Hirono tweeted.

"Based on the private conversation we had, I will continue voting to confirm the historic and highly qualified nominees President Biden has appointed to serve in his administration," she added.

Duckworth told the White House earlier this week that she would withhold her vote on confirmations of administration nominees who were not a racial minority or LGBTQ (lesbian, gay, bisexual, transgender or queer), until AAPI representation was addressed.

"I am a 'no' vote on the floor, on all non-diversity nominees. You know, I will vote for racial minorities and I will vote for LGBTQ, but anybody else I’m not voting for," Duckworth told reporters.

Hirono joined her in that pledge, which drove the White House to the table.

Duckworth said the White House has pointed to Vice President Kamala Harris, whose mother was an Indian immigrant and whose father was Black, as an example of high-ranking and extremely visible Asian-American representation.

"To be told that, 'Well, you have Kamala Harris, we're very proud of her, you don't need anybody else' is insulting," said Duckworth.

Duckworth announced late on Tuesday that, in light of conversations with the White House, she will change course and will not vote against administration nominees based on their demographic identities.