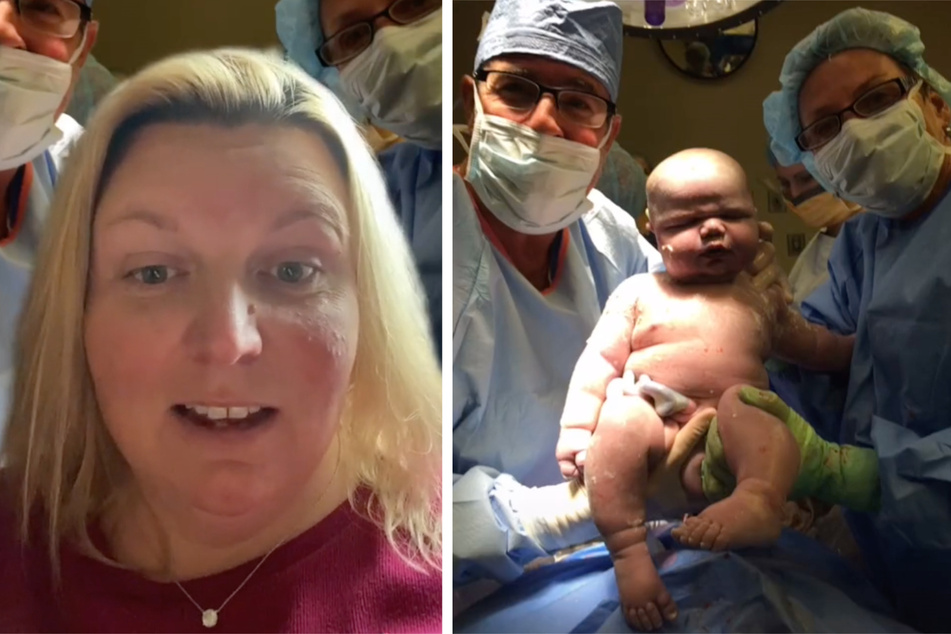 TikTok is amazed by one proud mama's massive success!

Internet - That is one big baby! A proud mom presented her record-breaking newborn on TikTok, where millions of viewers were more than impressed with the size of her accomplishment!

"I gave birth to a toddler," the blonde mother joked in her TikTok video. It looks like she was right! At birth, her baby was already abnormally large for a newborn.

TikTok user @Shans1588 responded to another user's challenge to see who could post pictures of the biggest baby they gave birth to. She confidently proclaimed herself winner as she shared her story in front of a picture of her son being held by not one, but two doctors.

"At 38 weeks and one day, I had my second son via C-section, and with two doctors at once!" It did indeed take two doctors to bring her son into the world.

The baby weighed over 14 pounds at birth – the equivalent of two average newborns! And at 23 inches long, there was no way he was going to be delivered naturally.

The insane TikTok clip of the giant baby has already amassed more than 30.3 million views and 7.4 million likes barely a week after it was posted, so it's best to check it out for yourself.

The bundle of joy is doing fine

After the cesarean section, the little boy had to spend eleven days in the neonatal intensive care unit. "There, of course, he was the biggest of all the babies," his mother reported.

In addition, there were no suitable diapers for the infant in the nursery - which has diapers as small as a credit card for premature babies as well - so some had to be taken from the pediatric ward. "He then came home in clothes that are meant for six to nine-month-old babies," said the mom.

In a second video, which also already has 1.7 million views and nearly 280,000 likes, the TikToker then also shared some child pictures of her now school-aged son.

The pictures show that the giant baby has developed wonderfully and is now a "healthy, stubborn and strong five-year-old who loves baseball, football, and monster trucks".