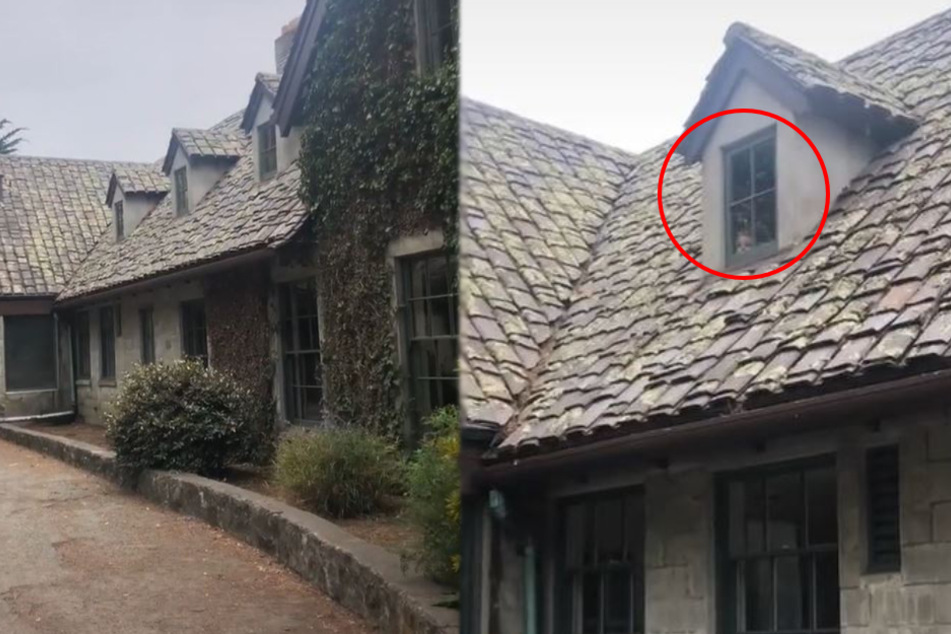 Is this house haunted? Teenager shares creepy footage on TikTok

Halloween arrived early this year for a teenage girl in California: when she watched the video of an abandoned mansion, she noticed a horrifying detail.

California - Halloween arrived early this year for a teenage girl in California: while she was watching a video her mom had sent her of an abandoned mansion, she noticed a horrifying detail.

Rebecca is used to her mom sending her videos of old mansions as she apparently has a weak spot for fancy villas in the area. But what she saw next made her blood run cold.

A face of a ghostly child seems to be looking out of the abandoned house's window and straight into the camera.

She posted the spooky footage to her TikTok account and it quickly went viral. Almost two million views and over 4,800 comments later, many users were just as unsettled by the haunted house as the teenager was.

"Omg my stomach has turned as soon as I saw the face and assumed it was a GHOST," one user wrote.

"The kid watching the window like 'why is there a ghost recording our house'," another user joked.

Others were seriously worried: "What if it's a kidnapped kid or something being kept at the house because it's abandoned?"

But some were less quick to believe their eyes and suggested the disturbing apparition was nothing more than a doll.

Finally, a woman who knew the villa got in touch with Rebecca and solved the mystery, according to  the Daily Mirror.

The face indeed turned out to belong to a mannequin. It had been placed in the window on purpose to keep potential trespassers away.

A day later, Rebecca posted a new video of the abandoned villa. This time, she zoomed in on the window to put an end to the horror.

That's definitely a mannequin peeking through, not some vengeful spirit.

A second look clears it all up

It was a relief for those TikTok users who had trouble sleeping after watching the initial video. The mannequin still is quite creepy, though.