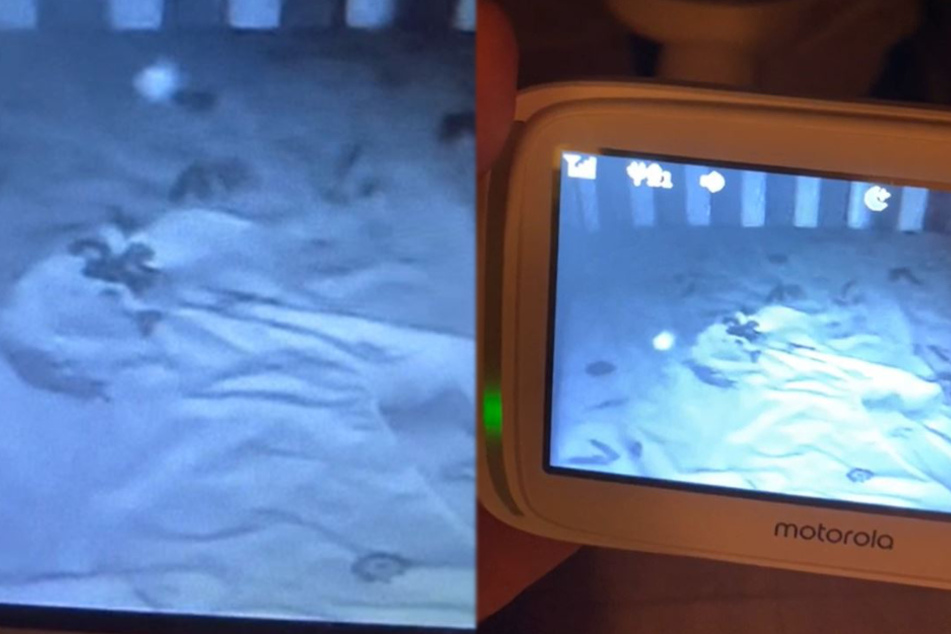 Parents panic when they see what their baby monitor is recording

The young noticed a mysterious ball of light above their baby.

Internet - Was it a technical glitch or did a deceased loved one try to take care of their baby? These parents noticed an odd ball of light above their daughters bed.

On Sunday, user avsk117 posted a mysterious recording of his baby monitor on Reddit. The young father and his wife had just glimpsed a bizarre ball of light above their baby's bed.

Avsk117 immediately filmed the display of his baby monitor to capture the disturbing phenomenon and shared it online. The footage shows a glowing balls floating around in circles above his daughter's crib.

According to the man, this went on for about five minutes before it stopped for the rest of the night.

Determined to prove that it was not a technical error, the father tried to film the mysterious object with his smartphone but the camera wasn't able to capture the strange orb.

The frightened father tried everything to find out what was going on. He even went into his child room and tried swatting the ghostly appearance away, all without any success. The object just kept going round and round and round, completely unaffected.

A large part of the Reddit community expressed doubts. They suspected a technical error or simply dust.

Some users, however, reported similar experiences. One of them wrote: "We used to have orbs in my daughters room all the time I could see through the monitor. We found they were around more when she was sick."

"If this is a legitimate orb. It's just a caring, loved one that has passed on. Nothing bad. I wouldn't be afraid," another added.

But the parents were afraid that night – so much so that they took their daughter out of her bed and into another room.

Now what? Was it just a glitch or a sign from the great beyond? The truth has to be somewhere out there...