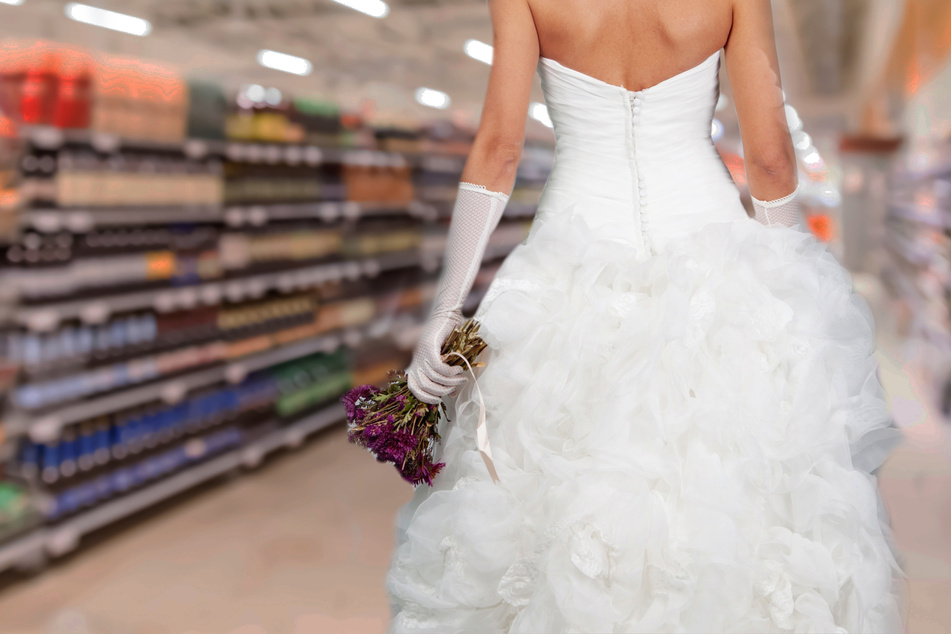 Bridezilla shows up at boyfriend's work and gives him a choice: now or never!

In the middle of a Target, a woman dressed in full bride attire delivered her fiancé an ultimatum: now or never.

Las Vegas, Nevada - This woman got tired of waiting for the love of her life and delivered an ultimatum: marry me now or leave me for good. The catch? He was in the middle of his shift at work.

A white, floor-length wedding gown, pinned-up hair, and glamorous make-up: this young bride is more than ready to finally commit.

But it's not a church aisle she's walking along – she's in a Target, with her bridesmaid on one side and a pastor on the other, tracking down her fiancé at work.

Finally, she finds the confused young man, who freezes with  confusion at the sight of his partner, right in the middle of stacking a shelf .

What was the woman doing there? In a wedding dress? At his workplace? In the middle of a department store?

Fortunately, TikTok user boymom_ashley was there to witness and record the strange but hilarioius scenario in two videos, Part 1 and Part 2. She captioned them "The best part of my week!"

The man does not seem very enthusiastic

When the prospective bride finally corners her target, she presents him with a stark choice:

"You put this ring on my finger two years ago and it's time to do it or get out."

Looking like a rabbit caught in the headlights, the man takes a few seconds to find his voice, as he listens to the woman give an impassioned speech. At the end, he quietly asks his overzealous fiancé to talk about it outside.

The couple, the pastor, and the bridesmaid then head past the camera and out of shot.

As she passed, the bride seems overly excited and optimistic again. "I'm shaking," she giggles.

The embarrassed man, on the other hand, shambles by like he's heading for an execution and mutters, "Could someone have told me about this?"

Unfortunately there is no part three on boymom_ashley's account.

Whether the two are now living happily ever after or called it splits, we may never know.