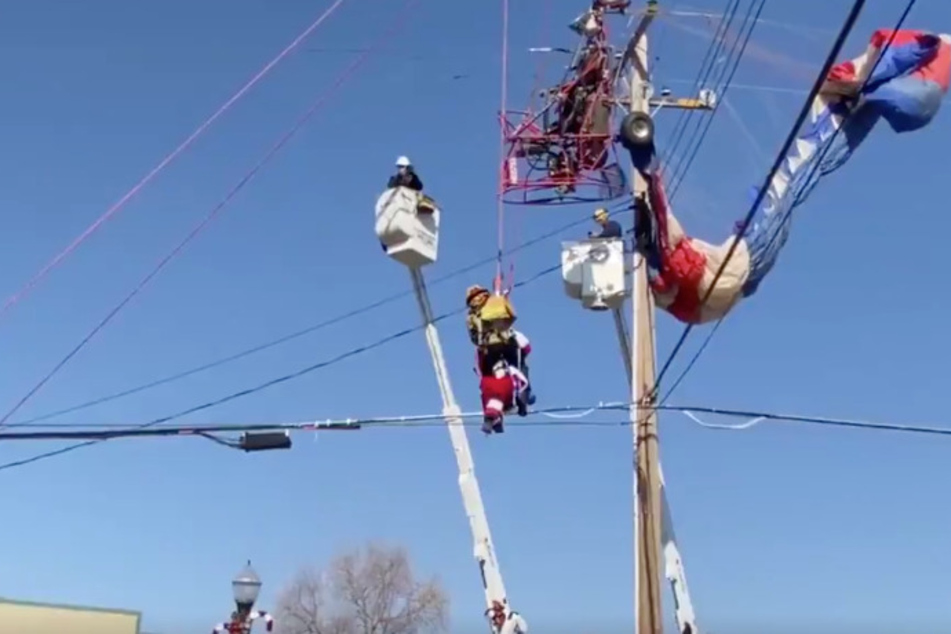 Christmas is saved! Firefighters rescue Santa from his run in with power lines
Dec 22, 2020 12:32 PM

Christmas is saved! Firefighters rescue Santa from his run in with power lines

Santa Claus flew way off course and got tangled in the power lines, but no one needs to worry about Christmas being canceled: Santa was saved!

Rio Linda, California - Santa Claus was on his way to give good girls and boys their Christmas gifts when he got tangled in the power lines along the way. But there's no need to worry: firefighters saved the day!

In Rio Linda, north of Sacramento, the Metro Fire of Sacramento County and California highway patrol had to rescue a man dressed as Santa Claus from his run in with power lines on Sunday morning.

The authorities were able to get him back to the ground unharmed, thanks to the fact that he was wearing a seatbelt when his aircraft got caught. Though Santa made it out unscathed, his "sleigh" is toast.

According to CNN, the "sleigh" was actually a hyper light aircraft powered by a small motor. A blower propelled the vessel, while a large parachute caught the wind and kept the craft aloft, according to Fire Captain Christopher Vestal.

The parachute is what got stuck in the power lines.

Vestal continued to say that they aren't exactly sure how "Santa" got stuck in the power lines, but the man said he was delivering candy and gifts to kids in the area. Because his aircraft is so small, he didn't have to register his flight pattern with the authorities, so how this Santa strayed off course remains a mystery.

Though the authorities are used to dealing with recreational aircraft accidents, this is the first time they have had to save Santa.

Metro Fire of Sacramento took to Twitter to share Santa's mishap and their rescue efforts: "We are happy to report Santa is uninjured and will be ready for Christmas next week, but perhaps with a new sleigh!"