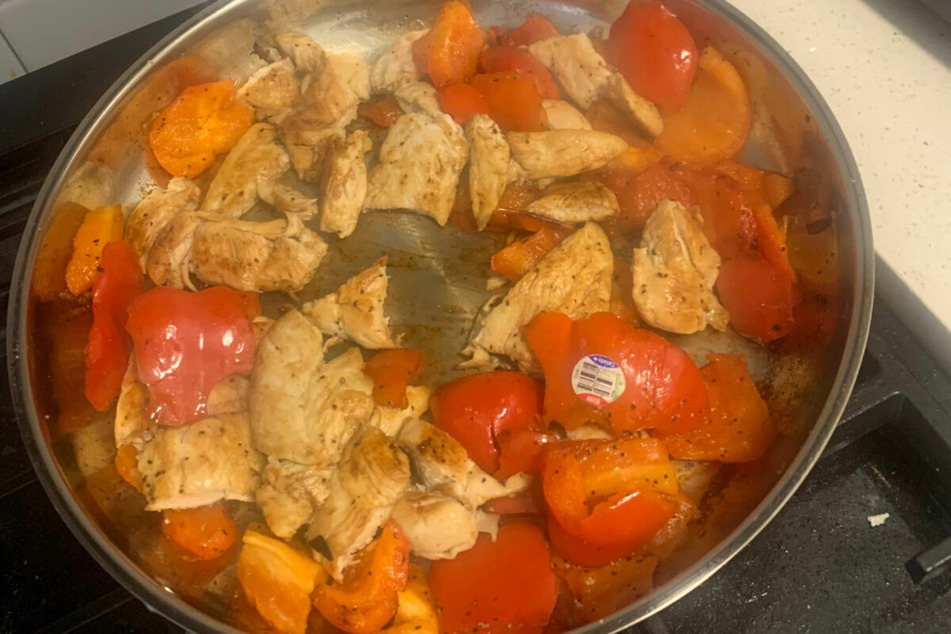 A man wanted to demonstrate his cooking skills on Twitter. Laughter soon followed.

New York, New York - At first glance, Gianmarco Soresi's dish looked quite decent. But give it a second - a closer look might reveal quite a few rather unpleasant surprises.

The young man from New York posted a picture of his cooking on his Twitter account but he didn't get the reaction he wanted.

It didn't take long for users to find a first point of criticism. And then another one. And another one.

Soresi had inadvertently forgotten to remove the sticker on one of the bell peppers before putting it in the pan, his vegetables were chopped in a rather unusual way, and his stove wasn't clean enough for the internet.

The self-declared Jeff Goldblum impersonator quickly turned into a laughingstock on the platform. But as a comedian, Soresi isn't the type to take himself too seriously and he was good-humored about it.

So when one user asked him if he just tore the pepper with his bare hands, Soresi responded with a witty: "As opposed to?"

Another commented: "U think the sticker add flavor or something?", while a third complained about the "FILTHY" stove.

But Soresi couldn't care less about the mocking comments. Instead, he seemed to be overjoyed with the almost 2,000 likes he had just generated.

But that wasn't the end of it.

On Monday, the hugely popular account Struggle Tweets shared the story and made Soresi go full viral. "Oh my God", he reacted enthusiastically.

On Tuesday, Soresi followed up with some even more exciting news: apparently, his "cooking [was] so s****y it [made] the news", he wrote, alongside a screenshot of a Mirror article about his initial tweet.

Perhaps one of his many new fans can teach the young man how to cook properly. After all, Soresi definitely has more than enough requests now.