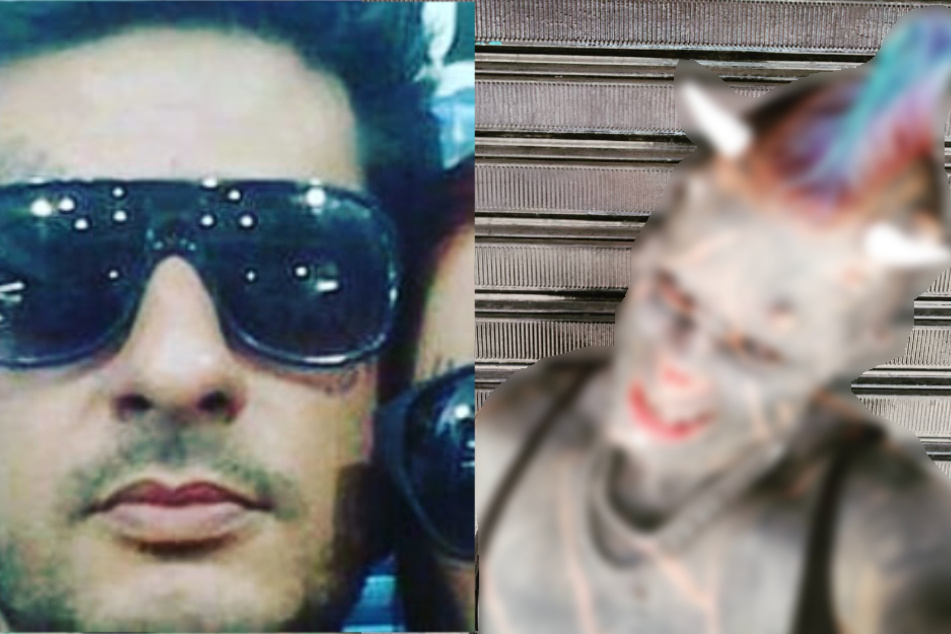 Devil in disguise: man has nose removed to look like Satan

Michel Faro do Prado is using tattoos and extreme body modifications to become a terrifying creature.

Praia Grande, Brazil - Michel Faro do Prado has had his body inked, pierced, and modified. Now, he has cut off his nose, and he has done it for a reason other than to spite his face.

Tattoos have become socially acceptable. Many people have them and some have a significant percentage of their bodies covered in ink, without suffering consequences in the job market.

But body art isn't enough for those who really want to stand out in a crowd, so they take body modification a few steps further.

Michel definitely falls into that category. He is a tattoo artist by profession and a tattoo canvas by appearance – almost every inch of his skin has been sketched on. But there's a clear plan behind the 44-year-old's choices. Every alteration is made with a specific model in mind: the devil!

This explained why Michel has had his teeth sharpened to sharp fangs and horns attached to his forehead.

It was all in preparation for his latest and greatest stunt, which he revealed on his Instagram page: the Brazilian had his nose surgically removed!

Michel's wife told the Daily Star that he is only the third person in the world to undergo this procedure.

The health implications aren't fully understood yet, but he has plenty of support behind him. Michel's wife is a specialist in body modifications and has helped Michel every step of the way.

As far as pain is concerned, the Brazilian has a high tolerance level, but he's no masochist. He said,"The truth is there are changes that without anesthesia would be almost impossible to be done, I would love not to feel any pain. But if I have to feel pain, to achieve what I want, for sure I will face it."

Despite his diabolical appearance, Michel is an active member of his community church. He claims that although many are initially put off by his look, they soon come to accept him as he is: "My family and I are loved by the majority."