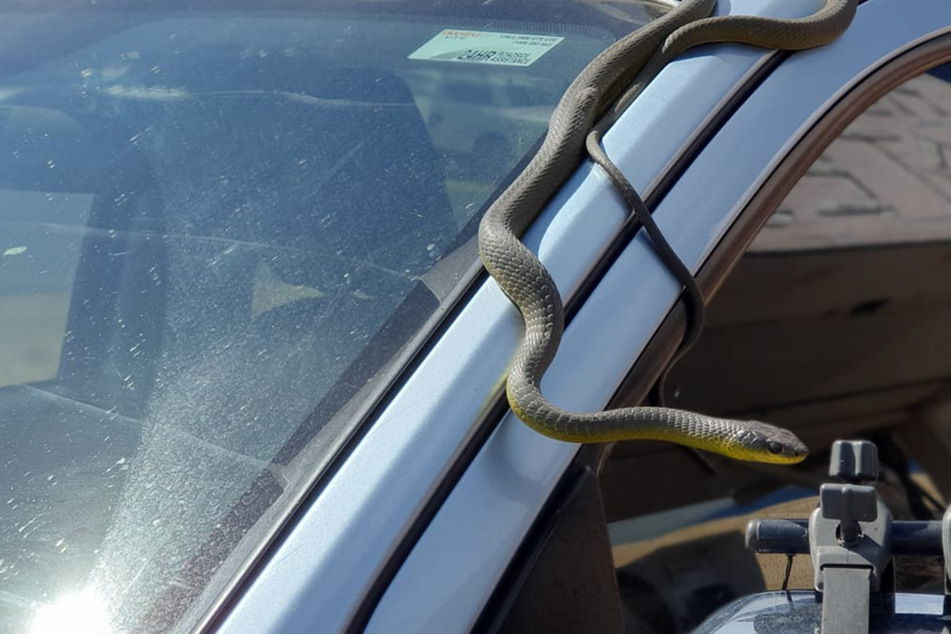 Australian family joined by a creepy hitchhiker on their road trip!

Instead of squabbling over what music to listen to, this family was a bit distracted when they realized they had an unannounced passenger!

Queensland, Australia - Will he chip in for gas? While on a nice vacation drive, this family suddenly discovered a special stowaway who had decided to join them!

On Easter Monday, Jan Julius took to Facebook to share an unusual video from her holiday in the Australian state of New South Wales.

Jan and her family were pleasantly cruising down a country road when she noticed that something ahead of her had started moving unusually.

Realizing the movement was actually on her own windshield, the family was more than a bit surprised to find that at some point on their journey, they had been joined by a long green snake!

It seems that the hitchhiker had been hiding down under the car's hood, and decided to come out and take in the sights.

Thankfully, the stowaway didn't cause an accident. Considering the family was Australian, this is probably a more common occurrence than you'd expect.

In the short Facebook video, you can see the long snake winding his way around the windshield wipers for a better hold against the wind. With typical calm, the Aussie family just enjoys him as an entertaining part of their vacation.

Australian tree snake is not dangerous to humans

Jan added to the pictures that her daughter had named the snake Cheeky. "Well Cheeky's loving his holiday & now enjoying coming out to experience everything," Jan Julius casually joked about the creepy encounter.

The snake was just under 4 feet long and spent most of its time staring at its fellow human passengers. As the journey continued, Cheeky then made himself comfortable on the car's side mirror and posed for a few more photos.

Such a guest would have frightened most people, but this family took it in stride.

They were never in any danger, as their guest was an Australian tree snake, which is not poisonous.