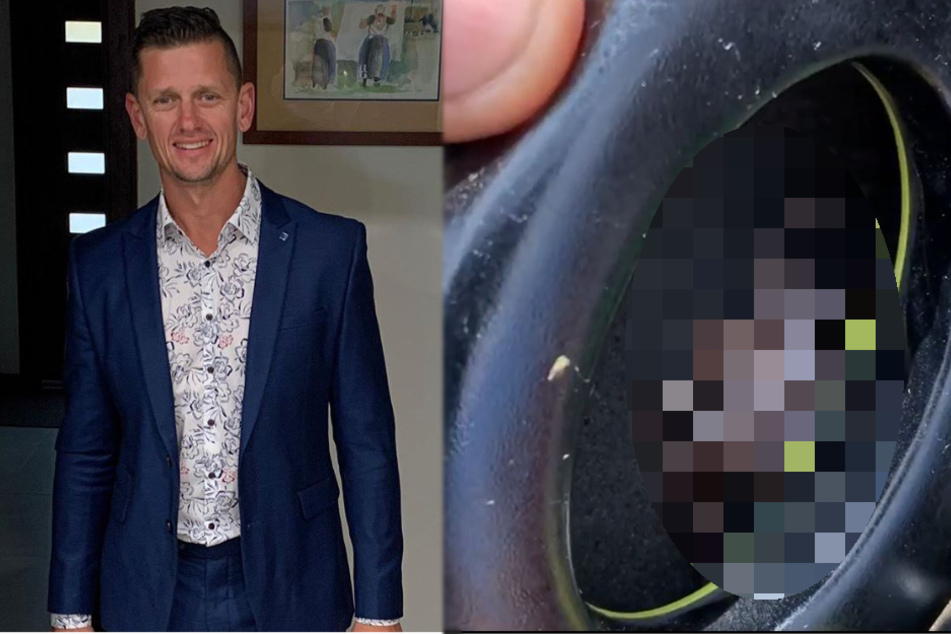 Australia's terrifying wildlife strikes again, as a man figures out what's been tickling his ear
Oct 15, 2020  9:15 AM

Australia's terrifying wildlife strikes again, as a man figures out what's been tickling his ear

Plumber Olly Hurst felt something tickling his ear while wearing earmuffs on a plumbing job.

Perth, Australia - For his plumbing job, Olly Hurst needs to wear noise-reduction earmuffs from time to time. But he might stay away from them for a while after what he found in a brand-new pair at the start of October.

On October 5, Hurst shared a video on his Instagram page in which he captured a hair-raising discovery.

A gigantic Huntsman spider had made itself comfortable in his earmuffs from work.

"I absolutely knew I could feel something tickling my ear... Hmm, nasty," Hurst says in the clip, before he tries to shake off the creepy crawler.

But all attempts to get rid of the spider seem to fail.

The arachnid just doesn't want to leave its new warm and cozy home. "Doesn't want to come out. He's happy in there," the plumber concludes.

After seeing all his efforts come to nothing, Hurst finally gives up and throws his earmuffs to the ground.

Several media outlets, including ABC Landline, posted the video on their Facebook pages and taught people the meaning of fear.

"I’d have a heart attack if this was me.... think I’d rather go deaf than [put] ear muffs on from now on", one user commented.

Another one, who apparently also lives in Australia wrote: "This is why you’ll always see an Australian shaking out everything before we put it on."

A third Facebook user explained that he would have simply set the earmuffs on fire. He would rather pay for new ones than ever let the old ones near his ears again.

Huntsman spiders may look pretty terrifying and are in fact venomous, but experts point out that they don't actually like to bite and usually prefer to flee instead of being aggressive.

Admittedly, this won't be much of a consolation to people having minor heart attacks at the sight of the little monsters.